In the news: First ever agri-crime survey underway

Every week, reports in the media indicate that crime in agricultural areas is increasing, yet no statistics are recorded about the level of such crimes, writes Louise Walsh, co author of the first ever agri-crime survey of farmers in Ireland.

The response of An Garda Siochana is the closure of rural stations with limited resources being directed toward the more populated urban areas.

Good decision-making requires good data — this is where two academics from the Waterford Institute of Technology, Dr Kathleen Moore Walsh and myself are stepping in, along with support from the ICSA.

The aim of the survey is three-fold: ascertain the extent and nature of farm crime around the country; determine cost to the individual farmer as well as the agri-economy; and decide what crime prevention strategies work. In doing so, we hope to provide data that will allow decision makers from the individual farmer, farming organisations, gardai and elected officials to make informed decisions.

The problem of agriculture crime is not unique to Ireland. Farm crime studies are now a common feature in agricultural states in the US and have been conducted in various countries including Britain, Australia, Canada and in some African nations such as Kenya.

The study is important because when a farmer suffers a crime — whether it’s theft of an asset, criminal damage including illegal dumping and trespassing, assault or fraud — the financial cost extends beyond the individual farm business to consumers. Loss of profit also means the farmer will have less to invest in the farm and his or her family will have less to spend in the local community. Stolen livestock raises animal welfare issues as well as the potential risk to the food chain.

We want to know the experiences of full and part-time farmers of any type of livestock or produce. We are also attending agricultural shows and marts to spread the word about the survey which is available to complete online on the ICSA website where responses are completely anonymous.

This article was reproduced with permission. The original version appears on the Irish Independent website. 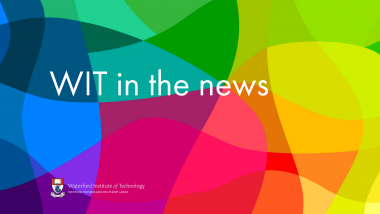