In the News: The 42 speak to course leader at WIT Laura Finnegan

When I became a parent for the first time in 2013, a lot of questions went through my mind.

One question I never thought of was how having a son born in October would affect his chances of playing schoolboy football. But it does, and massively so.

Indeed, in the Dublin District Schoolboy League (DDSL), 43.8% of all players over a six-year period were born in January, February or March.

By stark contrast, less than 10% were born in the final three months of the year.

Those are just some of Waterford IT lecturer Laura Finnegan’s findings regarding a phenomenon called the ‘Relative Age Effect’ (RAE) which she has recently published in a paper called “The influence of date and place of birth on youth player selection to a National Football Association elite development programme” in the Science and Medicine in Football journal.

You can read an overview of the study here.

The paper is part of Finnegan’s PhD studies and was prompted by Ireland’s dire performances at Euro 2012.

“My day job is as a lecturer in Waterford IT and I work on the recreation and sport management and sports performance programmes down there,” Finnegan told The42 recently.

“The idea of doing a PhD was always on the radar but I was just waiting for something to really catch my attention, particularly doing it part-time with a full-time job.

“For myself, it had to be something I was going to be really passionate about.

So where it came from was sitting over in Poznan five years ago and, like an awful lot of people, I could continue to be a passive fan or I could come home and try to make a difference in some small little way.

“I sought a research team. I was keen to go outside of Ireland, you know yourself, school boy football can be tied up in all sorts of politics and emotion. Therefore, ideas that are really progressive and forward-thinking sometimes fall at the first hurdle because of the underlying bias people have."

The article can be read in full at The 42. 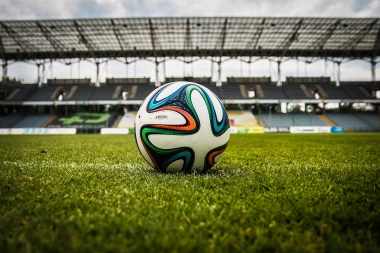