WIT in the news: 10 unemployment myths

A national debate without the myths associated with unemployment is needed as we start to rethink social welfare after the crisis, write Tom Boland and Ray Griffin

Perhaps the best-known statistic in Irish society is the unemployment rate, currently 9.4%. But unemployment itself is far more complicated, and is subject to at least 10 common myths that cloud matters, raise emotions, and prevent a rational discussion of the issue.

The 9.6% figure is based on the Quarterly National Household Survey, which counts people as employed if they have worked in the last month, and figures there are about 211,000 unemployed people. Yet more than 245,000 people declare themselves unemployed. The Live Register today is almost 350,000 people — but this also includes part-time workers.

Because unemployment is not a natural phenomenon like births and deaths, there is always arbitrariness in measuring it.

Myth 2: The idea that the unemployed are a group.

Since 2010 the majority of unemployed people are long-term unemployed, but tens of thousands of the people who are counted in the current number are short-term unemployed, as people move jobs. According to figures from the Department of Social Protection, there were around 70,000 new applicants for benefits in 2014, even though the number of the unemployed fell during that year. Since jobs for life are rare, the number of people who have claimed social welfare over the decades is more than 1m.

Myth 3: That welfare recipients are lazy, unmotivated or undeserving.

The stereotype of the ‘scrounger’ is now official government policy, enshrined in the Pathways to Work welfare reforms which assume that people need threats to get off their couches to search for work. The vast majority of those currently long-term unemployed worked during the Celtic Tiger, when that rate was about 0.25%.

Furthermore, the ESRI found in 2014 that unemployed people would choose work over welfare even without financial reward. Finally, long-term unemployment is a corrosive experience for an individual; very few willingly choose it.

Although cases are widely reported in the press, even the largest possible estimates of fraud are tiny, and well below the amounts of unclaimed entitlements. It appears the main function of welfare fraud stories is political.

The Social Protection budget is €19.5bn, one third of total Government spending. But most of this goes on pensions, child benefit, disability, and other supports. Around €5.3bn will support the unemployed and underemployed, according to the Department of Social Protection’s annual report.

Myth 6: The dole is for people on the dole.

Social welfare payments exist for everyone’s sake, particularly people in work. While unemployed people receive the money, the system exists to reassure everyone that there is a safety net to prevent destitution. This gives workers a choice. The result of this choice is higher wages and quality of work for all.

Introduced in 2012, the Pathways to Work policy makes training and supports available for jobseekers, but also monitors their job-seeking efforts and threatens them with sanctions for not accepting offers of work, of any kind, or even failure to attend meetings or apply for jobs. Meanwhile, insecure, temporary, uncontracted, low-paid jobs, known as precarious work, are increasing, even extending to ‘zero-hours’ contracts. Yet jobseekers must consider any job.

Myth 8: Welfare entitlements must be earned.

The new welfare policy makes jobseekers sign a ‘contract’ with the welfare officer, setting out what unemployed people must do to retain their benefits. This is a spoof contract of dubious legal standing, as it is negotiated between two very unequal parties, one of whom is threatened with destitution if they do not sign.

Furthermore, the welfare office is the only ‘judge’ over breaches in the contract, and can scarcely be held to account for its side of the bargain.

Myth 9: People tend to assume sanctioning the unemployed does some good.

Since 2012, sanctions of a cut of €44 or a suspension of payment for up to nine weeks have been introduced, harsh cuts exposing people to cold, hunger, and debt. Yet recently, the UK’s Social Security Advisory Committee reiterated that there is no research demonstrating that sanctions work.

Myth 10: We tend to assume that any job is better than unemployment.

Australian research demonstrates that although having a job is generally better for psycho-social health, a close analysis shows low-quality, low-paid work contributes to worse long-term health — which costs the state. A welfare policy that sets up a cycle between low pay and no pay is not wise in the long term.

A national debate without these myths is needed as we start to rethink social welfare after the crisis.

Tom Boland and Ray Griffin are authors of The Sociology of Unemployment published by Manchester University Press.

This article first appeared on: http://www.irishexaminer.com/viewpoints/analysis/the-complications-and-myths-surrounding-unemployment-and-social-welfare-356528.html 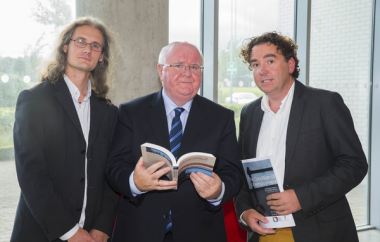 From left, Dr Tom Boland, Fr Sean Healy, Director of Social Justice Ireland and Dr Ray Griffin at the launch of The Sociology of Unemployment book