In the News: TSSG’s Jerry Horgan

“The IT strategy is to move away from being perceived as a cost centre and to be a value centre for the other business units,” said Jerry Horgan, infrastructure manager at Waterford Institute of Technology’s celebrated Telecommunications Software and Systems Group (TSSG).

TSSG is a jewel in Ireland’s R&D crown, establishing the country on the map for breakthroughs in wireless systems and software.

The research arm of Waterford Institute of Technology (WIT) is currently leading the charge in developing internet of things (IoT) technologies in areas such as smart agriculture.

Focused on everything from broadband to 4G and even 5G, it is one of Europe’s foremost research groups focused on the future of communications and how it impacts our world.

The TSSG also has an established pedigree for spinning out highly successful start-ups.

The best example of this has been FeedHenry, which was acquired in 2014 by Red Hat for €63.5m.

Can you outline the breadth and scope of the technology rollout across your organisation and what improvements it will bring to the company?

We’ve recently deployed OpenStack across the organisation. It was 18 months in test and development, with trial versions running for the last six months. We had a lot of work to do on the networking side of things to get satisfactory performance levels and to also leverage the existing network and storage infrastructure that we had.

We have already seen a threefold uptake in the usage of virtual machines, a 60pc reduction in the number of tickets raised, with the majority of new tickets resolvable by either providing access or training, and the mean-time-to-repair (MTTR) dropping from 90 minutes to 30 minutes.

What are the main points of your company’s IT strategy?

We aim to reduce the overall effort involved in supporting core IT services and to provide more value-add services, knowledge, or testbeds to the TSSG. In essence, the IT strategy is to move away from being perceived as a cost centre and to be a value centre for the other business units.

We do this by:

Leveraging IT systems management as a training tool

Taking the best of emerging research and technology and deploy it or build upon it.

Can you give a snapshot of how extensive your IT infrastructure is?

More than half a petabyte of data storage

How complex is the infrastructure, are you taking steps to simplify it?

Our IT infrastructure is pretty complex, primarily due to the fact that we often adopt new technologies before they are fully proven, but also because we pride ourselves on being at the cutting edge of technology. This results in the infrastructure actually getting more complex as more expertise is developed within the team.

To counter this, a lot of automation, abstraction, and templating is used. This allows us to deal with the greater scale of systems that we are having to manage. We are also on the path to DevOps.

Do you have a large in-house IT team, or do you look to strategically outsource where possible?

No, there are five in the team in total. We try to do a lot in-house and use automation, and in particular self-service systems, to help reduce the support effort. We outsource for proprietary systems (i.e. those not available as open source) and non-mission-critical systems.

Keeping the mission-critical systems in-house forces us to maintain a very high standard for the systems we build and deploy, in particular around reliability, security, and performance.

What are some of the main responsibilities of your own role, and how much of it is spent on deep technical issues compared to the management and business side?

I am responsible for managing the Infrastructure Group (IG), which provides the IT services to TSSG, the TSSG Data Centre, the various experimental test-beds and TSSG’s three office buildings. This includes aligning IT systems to the objectives of TSSG, the deployment of strategic applications to deliver sustainable economic advantage and focusing on customers and services.

My time is split approximately 70pc on management and business issues and 30pc on the deep technical issues.

What metrics or measurement tools do you use to gauge how well IT is performing?

We are currently using pretty simple metrics, such as system and service uptime, mean-time to failures, mean-time-to-repair, etc, for systems performance. We also have a helpdesk system whereby we monitor the volume of helpdesk requests, the frequency and quantity of similar helpdesk requests, and the time to resolution of requests.

Are there any areas you’ve identified where IT can improve, and what are they?

Yes, there are several. The main points being more automation, using predictive analysis to identify potential failures, and implementing a full test-drive development/ behaviour-driven development approach to identify the true source of system failures that do occur. This requires access to much more system data with high integrity levels.

Additionally, we look for similar helpdesk requests and determine the effort expended on those requests, whether they are training or access issues and either run training for users or provide a self-service portal for access.

What other projects do you have lined up for the year, and what will they contribute to the business?

We have three major projects lined up for the remainder of this year. The first is the deployment of a new high-capacity, low latency network in our data centre. This is required to facilitate the future growth of existing and upcoming projects.

Secondly, we will deploy a smart agriculture IoT testbed later this year, which will bring together researchers from academia and industry in this emerging field. Smart agriculture is a core part of our research strategy and this testbed will allow us to conduct empirical research and field test new technologies.

Thirdly, we will consolidate and upgrade our Open Stack infrastructure. We currently have two separate versions of Open Stack in production that will be two releases behind by November. This will allow us to simplify the management of Open Stack and scale up our computing capability. In essence, producing more efficient systems and making more compute resources available to our researchers. 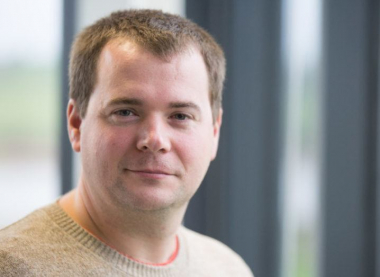