In the news: Waterford Mayor reveals how he found third-level life

At 22, he is mayor of Waterford and Fianna Fáil councillor for Waterford city. Adam Wyse talks to The Irish Times about college life at WIT.

“Mistakes? In the run-up to the Leaving Cert exams, I made quite a few. I was quite nervous when the day came and didn’t do as well as I might have liked. I got into a level six higher certificate in business course at Waterford Institute of Technology and, from this, moved into a level eight business degree, specialising in economics and finance.

I grew up in Ballygunner, on the outskirts of Waterford city. In fifth and sixth year, we were taken to see other colleges, but I knew I wanted to stay here. On the CAO form, all my choices were in Waterford. I lived at home during college.

Yes, occasionally I was jealous of my friends who lived away from home, but my parents were my support and it is ultimately very reassuring to have them there at home with you. And you know that you’ll have your meals and your washing done. That said, I love cooking so I was making a lot of the meals at home. I worked part-time at an entertainment centre for kids and I was eligible for the student grant as well. I saved money by living close to college.

My biggest expense was the car; there isn’t a shuttle bus from where I lived so I needed it to get in and out of college. I also gave up money to my parents when I turned 18; all my siblings did.

Your Leaving Certificate results have arrived. What now?
How other countries do it: international equivalents to the Leaving Cert

I wasn’t hugely involved in clubs and societies during college and tended to focus more on my life outside the campus, including playing for the local soccer team. I did get involved in student politics and the local Ógra Fianna Fáil cumann.

In 2013 – my second semester of second year – my dad died and everything changed. I was only 19 and I was co-opted on to his local council seat. Suddenly I was balancing the demands of being a local councillor with being a college student and trying to move from a level six to a level eight degree. Everybody advised me to do it for six months and see how I got on. I really enjoyed the job and liked working to help make people’s lives better.

Then, in the summer of 2014, the local elections were held and I campaigned for the seat in my own right. The election was gruelling, but I won the seat.

As a councillor, I did my best to balance study with college work, but it wasn’t always easy and it did require good time management skills. My personal life did take a bit of a hit as well.

Last month, I became the mayor of Waterford at the age of 22. There has been little or no negativity, really; more young people are entering politics, including the Minister for Health Simon Harris who is only 29. Of course I’d like to be in national politics eventually – most public representatives have that desire – but I’m in no rush.

After my exam results, I’ve decided to become a full-time councillor and I will be approaching the position of mayor in a full-time capacity. The presentation skills and time management that I learned at WIT are a hugely important part of this job. We had small classes and excellent lecturers.

If I had to do it again, I’d miss less college and I’d have known my classmates better. Your classmates are there for support and they know what you’re going through, so don’t be afraid to ask for that support.”

This article originally appeared in The Irish Times and has been reproduced with permission. Read the full article at: Musician, mayor, TV producer, goldsmith: how they survived college 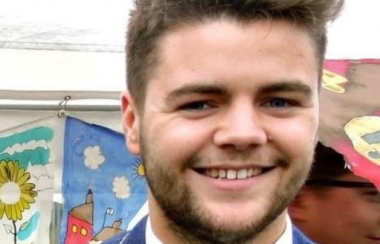