Course story: Jason combines his passion and studies to design an imaginative and unique product

Jason Stewart who is from Tramore, Co Waterford is a third year student on the BEng in Manufacturing Engineering. Jason only took up surfing three years ago and has now made an imaginative surf fin during the Covid-19 pandemic.

Jason is currently between Waterford and Kerry as when Jason and three of his friends decided to move to Castlegregory, Co Kerry when restrictions were announced. Jason decided to do this as he could continue his research in a quieter environment while getting opportunities to see surfs incomparable to what you see in the South-East.

Jason Stewart who is going into his final year of study explains how he came to doing this project:

“The class was given a project list to go off which for me as someone who sometimes draws a blank on what to design was very useful. Although I did not pick something from this list it got the gears turning.”

Jason had an original idea which was a 3D honeycomb which could be used in honeybee farming. Jason always had an interest in 3D printing and thought this idea would work well and be very functional. However after one of his meetings with his lecturer Mary Doyle Kent who said to him that if there was something he was passionate about to look at doing his project in that field. To Jason “This of course was surfing”

Lecturer Mary Doyle Kent explains “Jason had the unique idea of redesigning his surfboard fins so that they could be customised, low cost and easily manufactured. It was an unconventional idea but by combining Jason’s surfing expertise, his passion for design and his engineering knowledge, he came up with a unique product that has the potential to revolutionise surfing”

It was not all smooth surfing for Jason as he did encounter difficulties which he had to overcome using only the tools available to him in his house due to the restrictions, but Jason gives us an insight in to what he did do to overcome these obstacles

“The addition of some small details like the machining of small slots on all of the fins which allowed them to be secured into the bottom of the surfboard all had to be done with the tools I had at home.”

“Jason found a solution to all the difficulties encountered along the way and even found a spectacular way to test the product to ensure that it exceeded the functional requirements.”

“The 3D printing side of designing was then merged with other processes such as fibre glassing and the filling of the honeycomb design with resin which would ensure that the strength that was needed would be achieved and to also get the performance that was desired to live up to expectations.” Now it was time for Jason to put his research to the test and put the fin into the water.

Jason had the perfect testing ground for his invention by being on the west coast he was able to encounter some of the biggest waves an intermediate to advanced surfer ever would face. This was the perfect test as now Jason has “Nothing but confidence” in his production and still uses them himself.

Back in the design process Jason is working on making five more designs of the fin to give to local surfers and one day Jason would “Love to turn this into a side business” as the fin is very customisable.

An explanation on what is involved from each student in the project from Mary Doyle Kent.

“Usually each project has a client, and the students work in pairs to design, build and test a solution that meets the client’s needs. The project objectives are agreed early on in the process and they work with their supervisor in a collaborative environment, supported by the project team.”

“The Bachelor of Engineering in Manufacturing Engineering is a three year level 7 programme and is part of a suite of Mechanical and Manufacturing programmes in Waterford Institute of Technology that meet the needs of industry both locally and nationally.”

Waterford Institute of Technology has many options when it comes to engineering at all three levels, and then if you’re not sure on what option is for you common entry engineering might be where to start.

By doing common entry engineering you get an opportunity to trial all different areas of engineering before you decide which area you would like to specialise in.

You can visit https://www.wit.ie/courses/school/engineering/ to see all the information about engineering at WIT. 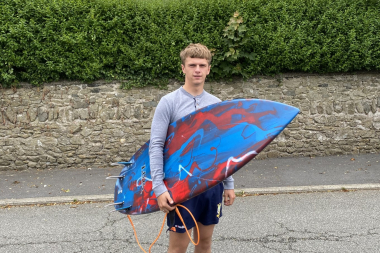