Waterford FC Sport Scholarship student John Martin has made the Ireland U19 Squad for the Euro qualifiers against Azerbaijan, Cyprus and Serbia

A soccer scholarship student, John Martin at WIT has been selected for the U19 Irish squad.

Twins John and Paul Martin from Paulstown, Co Kilkenny were selected for the programme as they began their studies at WIT. Paul is studying Bachelor of Business Studies (Hons) and John is a student on the BSc (Hons) in Sports Coaching and Performance.

John was included in Tom Mohan's strong U19 Irish squad for the recent Euro qualifiers against Azerbaijan, Cyprus and Serbia. The inclusion is a reward for the midfielder’s form in Waterford FC’s run to clinching the Airtricity First Division title back in September.

Mohan’s Irish squad topped the group following a 2-1 win over Serbia in Waterford RSC. Ireland have now qualified for the UEFA European Championship Elite Round as one of the top teams with progression to the finals the target for the side.

A reminder that all games in the RSC are free for WIT students to attend and we would like to wish John and the team the best of luck in their upcoming games. 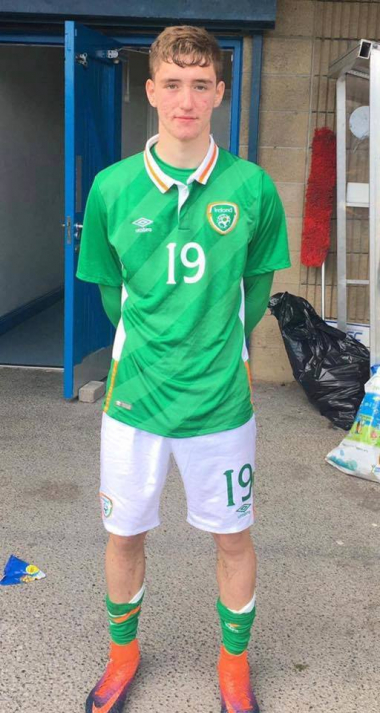 John Martin selected for the u19 Irish squad