Peer 2 Peer (P2P) is a mentoring programme designed to ease the transition of students in the first weeks upon starting study at WIT. It was rolled out to include some courses in the Department of Computing in 2020/2021. Here, P2P mentor Kevin Burke explains how it worked.

Peer 2 Peer (P2P) is a mentoring programme designed to ease the transition of students in the first weeks upon starting study at WIT. It was rolled out to include some courses in the Department of Computing in 2020/2021. Here, P2P mentor Kevin Burke explains how it worked.

As this year was the first year that P2P Mentoring was available for Applied Computing, there was no mentors to help us when my course group started college. It was for this reason, I volunteered as a mentor. Being able to pass on knowledge and guidance has been a great experience, both in terms of rewards and personal growth.

The mentor volunteers first met with the Student Life and Learning Team before finishing up the last college semester. This was vital as Covid-19 restricted training greatly afterwards. Zoom was used to train each of the mentors, on what the role of a mentor entailed, the many supports available to both mentors and mentees, and on how to use Zoom itself to set up future meetings with our mentee group.

The first meeting with the mentees was during their WIT Orientation day. After all the students had their introductions by the college President, course leader etc, it was time for them to be split into much smaller groups.

Myself and my co-mentor, Caolan Mahor, were responsible for a group of 12 incoming students. Our initial job was to give a campus tour (virtually) explaining each of the facilities on campus. This was followed by looking at our mentees timetables, explaining what building, floor etc. was represented by the letters on the timetable. This was a big thing for me personally, as we did not have this upon starting college, which led to quite a bit of confusion at the time.

After a bit of banter, a WhatsApp group was made for everyone in the group, to organise future meetups and as a way for everyone to keep in contact, should any support be required.

The first few weeks of college are always hectic, with timetables being optimised etc. and Covid-19 only added to this turmoil. The WhatsApp group saw a lot of activity, from the mentees themselves using it to contact each other as to where a certain lecture was, or if anyone had the Zoom link for said lecture, to us mentors answering any issues and passing along information.

A ‘Cards Against Humanity’ night was organised to help everyone get to know each other in a less formal setting, again over zoom. This was a great night that helped break the ice so to speak, really helping the mentees to get to know their classmates.

Moving forward, weekly zoom meetings were set up. Originally, Thursday at 5.30 was picked. A turnout of 75%+ for the first two weeks was very promising. Three weeks in, as timetables settled down, the mentees were asked when best suits, to which the majority said that Wednesday suited best as they had very little hours in college that day. This turned out to be a mistake as by 5.30, most of them were out of the ‘college’ mindset having not had a lecture since 13.00. A single student showed up! The following week was back to 75% after reverting to the Thursday. A learning experience.

As the weeks moved on, the WhatsApp group saw less and less activity, which was exactly what our goal was. The main reason that it was used less, was due to the students having made their own chat groups and circles of friends, which is exactly as it should be. P2P is designed to ease the initial transition, with the hope of the students being comfortable enough on their own moving forward.

A class rep was also selected, one whom happened to be one of our mentees. This proved beneficial to both that student, and the group. As a class rep for the past three years, I was in an excellent position to help explain the role and responsibilities that it entailed.

The last official weekly meeting was held in week six. This was a very rewarding meeting personally, as each of the mentees personally thanked us for our help over the weeks, and all agreed that it really did help a lot. That now they were comfortable and happy enough to go it alone. Of course, it was iterated that both mentors would still be there if anyone needed support or advice, it was just the weekly meetings that were ending.

P2P Mentoring was very rewarding for myself. It helped build my self-worth by assisting others. While it was somewhat nerve-wracking to begin with, once the ice was broken, the group got along great and were a joy to work with. The constant supply of information posters and supports from the SLL team meant we always had something to talk about at the weekly meetings.
I would strongly advise all students to get involved in P2P in the future, it is extremely rewarding and makes for a much better experience for new students entering WIT. 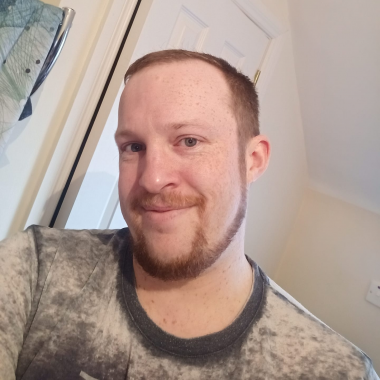