A second year LL.B student Kelly Thomas from Tramore was the winner of the annual public speaking competition at WIT.

The topic on the night was "Would the introduction of a living wage protect workers or kill jobs?"

After the competition the students and lecturers  enjoyed refreshment and lively conversation with the President of the Waterford Law Society and  Society member and judge on the night Liz Dowling solicitor. 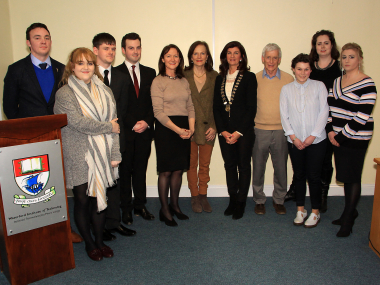