“I came to WIT and studied BA (Hons) in Music. I live locally and although WIT was close to home, I chose WIT because of the high calibre of staff and the prestigious Music School. I always had a love for music and started my degree majoring in Bass guitar.”

“In 2014, I completed my undergraduate studies, for which I received a First Class Honours BA (Hons) in Music, majoring in composition.”

Patrick is a very successful Irish composer for film and television and his work has been featured internationally on numerous tv, film and promotional videos.

“After completing my undergraduate degree in 2014, I then continued on and I completed my Masters, Master of Arts Mode A (Research and Thesis).”

Patricks success has led him to score the feature film "A Day Like Today.” He also scored the multiple award winning short film, "Skunky Dog". In addition to "Skunky Dog", Patrick also scored "Spacer" and "The key", both featured at various film festivals. He also provided music for Lucozade's new advertising campaign, "Made to Move".

Patricks music has been heard on Nationwide, RTE News and numerous viral videos.

For more about Patrick please visit his website.
www.patrickoconnorcomposer.com

Hear some of Patricks work below 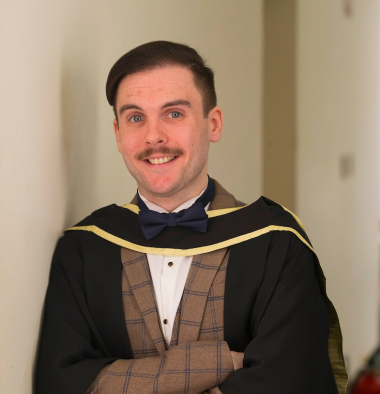 Patrick O'Connor, BA (Hons) in Music and Master of Arts Mode A (Research and Thesis).