A study by researchers at the Nutrition Research Centre Ireland (NRCI), Waterford Institute of Technology (WIT) has shown improvements in working memory among older adults following supplementation with a combination of omega-3 fatty acids, carotenoids and vitamin E over a 2-year period.

Omega-3 fatty acids (the building blocks of our cells), carotenoids (plant-based pigments that give fruits and vegetables their bright colours) and vitamin E (one of four essential fat-soluble vitamins) are important parts of a healthy diet. Previous studies have shown that each of these nutrients are important for optimising and maintaining healthy brain function, primarily due to their antioxidant and anti-inflammatory properties.  However, the combined effects of these nutrients on brain health and cognitive performance in older adults, aged 65+ years, had not been examined to date. This study, the Cognitive impAiRmEnt Study (CARES), aimed to address this research gap.

The research, published in Clinical Nutrition, showed improvements in working memory performance following nutritional supplementation. The number of errors made at the earlier stages of the working memory task were comparable over time. However, as the cognitive load increased and the task became more difficult, individuals in the active group outperformed individuals in the placebo group, making 38% fewer errors than those receiving the placebo.

Statistically significant improvements in carotenoid and omega-3 fatty acid concentrations in blood were observed in the active group (+32% to +250%) in comparison to the placebo group (+1% to +8%). Tissue carotenoid concentrations also improved significantly among individuals in the active group (+27% to +65%), with declines (-0.3% to -6%) recorded among individuals consuming the placebo. Importantly, the observed changes in nutrition levels were directly related to the observed improvements in working memory performance, as individuals with a greater increase in each nutrient made fewer errors in the working memory task.

Dr Rebecca Power, Postdoctoral Researcher at the NRCI, who lead the research stated that, “this research suggests that the working memory capacity of individuals in the active group was favourably altered over time and that these positive changes may be attributed to the enrichment of carotenoids and omega-3 fatty acids, given that the magnitude of change in cognition was related to the magnitude of change in nutrition levels.”

Explaining the relevance of this research, she added: “in terms of practical benefits, an improved working memory can enhance our capacity to retain information and prioritise the steps needed to make decisions and solve problems. It can also help us to focus on the task at hand such as planning and prioritising tasks for the day ahead, or remembering key information such as keeping appointments. This research adds to the existing body of literature which shows that nutrition can play a positive role in maintaining and improving our cognitive performance, which may in turn reduce the rate of cognitive decline and our risk of dementia in later life.”

This research was conducted at the NRCI, which is part of the School of Health Sciences at Waterford Institute of Technology, and in collaboration with the Age-Related Care Unit at University Hospital Waterford. CARES was funded by the Howard Foundation UK (UK Charity Registration Number 285822). 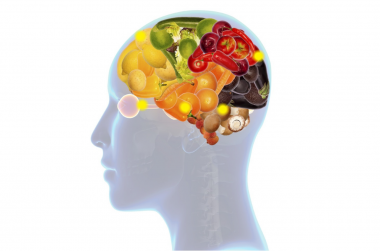 Nutrition and the brain