John Foley graduated in 2019 from WIT with a Higher Diploma in Arts in TV production.

His passion for photography and media has led him to this course. He works as a photographer outside of college and even teaches in his spare time too.

Overall for John, he had a really good experience, his highlight of this experience was making two documentaries as part of his project.

“One of them was on the War of Independence and was about 20 minutes long. It was played in the Waterford Film Festival and was very well received and there was quite a bit of interest in it. The other short film was on the Waterford Greenway, I made the video promote it. It is an excellent thing to do when you get the chance. I have done it many times myself,” he said.

He described his documentaries and discussed how it was an amazing and rewarding experience to have gone through. Having the opportunity to have something played there is an amazing achievement in itself.

Life as a mature student

Generally, many mature students find starting college a nerve-racking experience as many of them have been out of education for a while. But not for John.

“It was fine overall; I have been to college before. I previously did a master’s in teaching and learning in Waterford Institute of Technology so I’m pretty familiar with the way it works,” he said.

Having already had the experience of coming in as a mature student made returning again less scary.

Interviewed at Conferring 2019 by Nyomi Curry 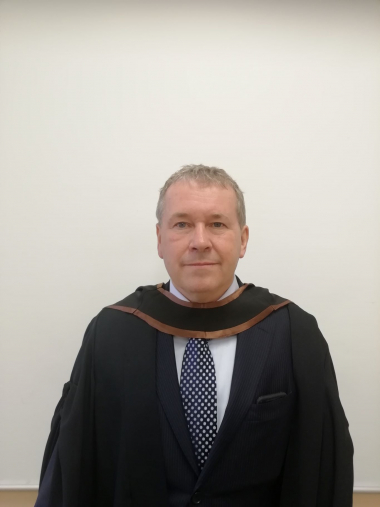