The Machine podcast is brought to you by the school of science in WIT. These include both members of staff and students from the department

This week on The Machine, Rob has published another episode in our Developer Stories series. Rocketship Park Games are a Canadian games studio based just outside Toronto. In October they published their latest title ‘LOVE: A Puzzle Box Filled With Stories” which has been receiving glowing reviews in games press. LOVE was recently mentioned at the Golden Joystick Awards as one of the games of the year.

Rocketship Park Games was co-founded by an Irish developer Shane McCafferty, who also studied at WIT (WRTC!) originally completing a Cert. in Commercial Computing around 25 years ago. There’s a good story in here about the real world of Indie game development.

"LOVE: A Puzzle Box Filled With Stories" is the recent release from Canadian studio RocketShip Park Games. Rob spoke with their chief games designer and programmer Shane McCafferty (originally from Slieverue, Co. Kilkenny) about how he got into games development and the processes that led to LOVE.

Shane talks about the emotional motivation behind the game, collaborating with other artists (both visual and musical) as well as detailing one of the tech used in creating the game. The podcast also includes some snippets of the music used in the game, written and performed by Waterford musician Neil White. LOVE - A Puzzle Box Filled with Stories is available on Steam”

There are many places where you can listen to The Machine podcast. You can see these below: 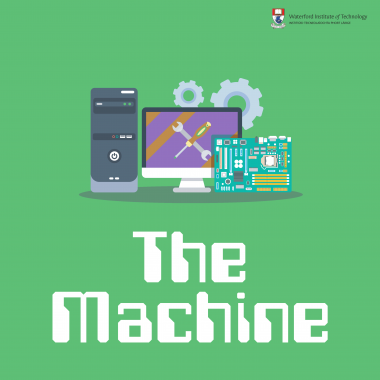