Considering your race day fuel for the Waterford Viking Marathon

For 2017, Waterford Viking Marathon has teamed up with the Department of Health, Sport and Exercise Science (DHSES) in Waterford Institute of Technology (WIT) to provide expert training information for runners in the lead up to the event. In this article, performance physiologist Bruce Wardrop discusses how to plan your race day nutrition to optimise your performance.

Have you considered what you are going to eat to get you through 2017 Waterford Viking Marathon? With race day fast approaching, now is the time to start planning & practicing your fuel strategy for the race itself. Depending on your weight, completing the 42km course will require anywhere from 2500 to >3500kcal. To meet this demand, your body will burn a mix of carbohydrate and fat. At rest, this mix is typically 30-40% carbohydrate and 60-70% fat. During low intensity exercise this shifts to roughly 50% carbohydrate and fat, with marathon runners burning about 60-80% carbohydrate and 20-40% fat. Well-conditioned athletes are better able to utilise fat and are less reliant on carbohydrate.

The average person will have 450-550g of carbohydrate stored in the form of muscle & liver glycogen and blood glucose. This finite store of carbohydrate can only fuel activity for so long and will eventually run out. During the first 5-10mins of a race your body will consume a disproportionately large amount of muscle glycogen, however this settles down to approximately 10-13g per km. At this rate, the average person will have enough carbohydrate available to run 25 to 40km before they hit the wall. Depletion of the available carbohydrate is considered one of the major causes of fatigue in endurance sports.

There are two main strategies for endurance athletes to combat the effects of carbohydrate depletion on performance. The first is to try and become “fat adapted”. Fat adapted athletes consume more fat during endurance exercise and are therefore less reliant on their carbohydrate stores to maintain performance. We are currently researching this approach in the Department of Health, Sport & Exercise Science and have seen some really promising results. However, to become properly fat adapted takes at least 6 weeks and involves a radical overhaul of your diet. I would therefore not recommend that anyone try to adopt this approach ahead of the Waterford Viking Marathon – however it is certainly worth considering afterwards.

The second strategy is to increase the availability of carbohydrate in the body for the race. This can be achieved through carbohydrate loading beforehand and / or by refuelling during the race. I am going to summarise a 2014 research paper which investigated the effects of different in-race feeding strategies on performance during the Copenhagen Marathon. In the study, non-elite marathon runners were paired up according to age, gender, training history and performance. From the pairs, one athlete was instructed to drink and eat freely during the race while the second athlete was instructed to follow a specific feeding strategy during the race (outlined below).

One final word of warning! In some athletes, increased carbohydrate intake during exercise can occasionally result in gastrointestinal discomfort (pain, bloating & diarrhoea). This study used energy gels with 20g carbohydrate per serving. They are an effective way of taking sufficient carbohydrate on board, but they don’t agree with everyone. You should practice using them on training runs, slowly building up your tolerance. Always take them with some water and do not use them for the first time on race day!

It is possible to achieve a carbohydrate intake of 60g/hr through alternate sources; however the volume of fluid & food required would be quite large. Examples (per hour) include: 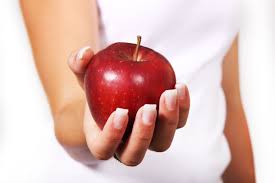