Waterford Writers’ Weekend, which is part of the Imagine Arts Festival, takes place from 25-27 October 2019. As part of the festival, Dr Fiona Ennis and Dr Úna Kealy from the School of Humanities in WIT will deliver readings of short stories under the theme ‘Impossible Situations: Waterford Women Writing on Love and Loss’ in Waterford Central Library on Friday 25 October at 5pm.

Dr Ennis will read her short story ‘Debt,’ which won this year’s national Molly Keane Award for Creative Writing. Dr Kealy, a scholar of Teresa Deevy’s work, will read Deevy’s ‘John Potter’s Story.’ Deevy was a Waterford playwright and author, whose plays were staged in the Abbey Theatre. Dr Kealy and Dr Kate McCarthy, also from WIT, are undertaking ongoing research into Deevy’s literary and dramatic work as part of the Performing the Region research project based in the School of Humanities, WIT.

The English team at WIT are moving towards a more diverse curriculum, particularly in terms of gender balance across texts studied.

"Waterford has a proud history of excellent writers, for example, Deevy and Sean Dunne, to name but a few, and the Arts degree in WIT strives to nurture its students’ creative writing talents by providing them with the opportunity to study a module in Creative Writing as part of their English Literature studies," explains Dr Ennis.

In addition to this, last year, the English team, in conjunction with WIT’s School of Humanities, ran some masterclasses in creative writing with internationally acclaimed writers for students studying English on BA Arts.

In November 2018, Wexford writer, Claire Keegan delivered a fiction masterclass. Keegan has won many awards, including the Francis McManus Award, the Davy Byrne’s Award, the William Trevor Award and the Edge Hill Award.  Her work has also been translated into 14 languages, published all over the world.

Dr Jenny O’ Connor, from the English team, regularly hosts podcasts on literary matters and events, and her podcast with Danielle can be listened back to.

"The students thoroughly enjoyed the masterclasses and learned a lot from them, and the English team in WIT, along with the School of Humanities, have some more initiatives, including masterclasses and theatre trips, in the pipeline for later this year," adds Dr Ennis. 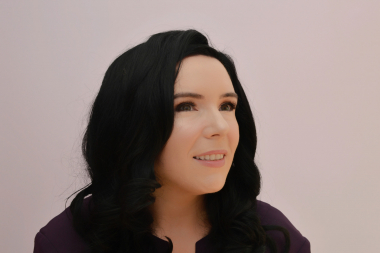 s part of the festival, Dr Fiona Ennis (pictured) and Dr Úna Kealy from the School of Humanities in WIT will deliver readings of short stories under the theme ‘Impossible Situations: Waterford Women Writing on Love and Loss’ in Waterford Central Library on Friday 25 October at 5pm.