Ireland’s welfare system now operates according to the principle ‘be cruel to be kind’. The unemployed – rebranded as ‘jobseekers’ – are forced to take up training or internships, apply for and accept any work whatsoever, all under the continuous threat of sanctions for non-compliance, a cut to entitlements of €44 euro which puts citizens below the breadline. Despite, the decrease in the numbers unemployed, the amount of sanctions per year has increased steadily, and will exceed 8,000 this year.

The effects of these ‘activation measures’ on individuals is a significant increase in the stress and pressure associated with unemployment, even among those who are not sanctioned. Of those sanctioned, many of whom simply might not understand the system, do not automatically respond by finding a job; it is psychologically more difficult to find one after being punished by the welfare system. Indeed, international evidence suggests that those people sanctioned have worse health and future earnings than their peers. So, the cure is worse than the disease.

This welfare reform emerged from crisis in 2012 with 15% unemployment and an enormous fiscal deficit. Initially the main focus was reducing the Live Register – ‘getting people back to work’. However, what sort of jobs people are getting is now a question, as Ireland is increasingly a low-wage economy, with flexible work becoming normalised. There are positive elements to the new policies, especially a renewed emphasis on giving people access to skills and training which will qualify them for work.

Such positive elements of activation which focus on ‘human capital’ that is upskilling the workforce are used as an excuse for the punitive elements, known as ‘conditionality’, that is making welfare entitlements dependent on claimants fulfilling certain conditions, like taking internships and accepting any work whatsoever. Both can reduce unemployment, but with very different impacts on the economy.

Since 2012, our welfare system diminished the discretion of citizens to choose what kind of work they will accept. Jobseekers now must sign a ‘contract’ which states that they will secure work as soon as possible, and accept whatever offers that the Intreo officers can find for them. This is despite the fact that ESRI research not only proved that work is almost always financially more attractive than welfare payments, but also that most individuals would choose work even for no financial reward. It is a lack of jobs not the lack of willing workers which keeps unemployment high. Even if there were a few ‘scroungers’ – there are thousands of others willing to work who should not be distrusted, pressurised and threatened with sanctions.

Beyond the impact on individual well-being, the new regime has dubious economic effects, pushing individuals into precarious jobs or forcing them to become ‘self-employed’. The state has decisively tipped the playing pitch in favour of low-wage employers, so that competition for markets and profits pinch workers as much as employers. Such a low-wage economy gives poor returns to the exchequer, draws more heavily on public services, and most importantly, cannot provide individuals with the financial security to buy a house and develop a foothold in society.

Meanwhile, when not threatening sanctions, state services adopt the language of self-help to manage the unemployed, telling individuals to keep their chin up, discover their talents, invest in their selves, keep smiling, reach for the rainbow, and eventually a job will appear. Yet, more people constantly applying for the same pool of jobs just means more rejections overall.

Over five years, we have interviewed dozens of jobseekers, and our research broadly suggests that beyond the unpleasant financial and psychological effects of unemployment, welfare services have exacerbated the negative experience. Surveillance, pressure and threats are constant. In a ‘cascade of interventions’ the state now is part of the problem, interfering with people’s lives in caustic ways.

In 2012 Ireland largely copied the UK system, which was criticised in a UN report this August for infringing human rights. However, largely unnoticed, the rate of sanctions in the UK has decreased since 2013, and far faster than the mild reduction in the numbers unemployed. Now is the time for Ireland to heed the hard-learned lessons from the UK, and think seriously about what kind of economy we can shape using our welfare state.

The Sociology of Unemployment book by Tom Boland and Ray Griffin was published in August 2015 and can be found at this link. 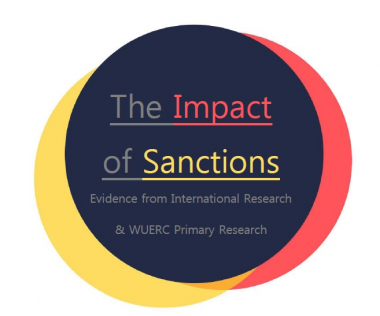