A WIT PhD student is believed to have broken an institute research record. Tadhg Blommerde received responses from 824 businesses in a 3-4 week period earlier this year.

Tadhg, from Waterford City, is currently completing his PhD under the supervision of Dr Patrick Lynch, within the RIKON research group at Waterford Institute of Technology. A past graduate of WIT’s Bachelor of Business Studies (Management and Organisation stream) course, Tadhg continued his studies at the Institute, progressing to doctoral level research.

Tadhg recently completed his descriptive study in which the first ever measure of Service Innovation Capability Maturity was developed. Service Innovation Capability describes the ability of organisations to develop or improve their services and maturity refers to the effectiveness of this capability’s performance i.e. low capability maturity describes poor performance and high maturity  represents best practice capability execution that allows service innovations to be repeatedly and consistently generated.

To achieve the study’s objectives, it was necessary to gather a significant amount of data from a large number of organisations. An online survey was selected as the tool of choice for this purpose given the number of potential respondents. Pretests and pilots of the  questionnaire were conducted before it was refined and finalised for the main study.

“Distributing the survey to such a large audience was essential. A lack of engagement had to be prepared for that ensured that the required sample size was obtained. To receive the level of participation that the survey did was very exciting.”, he said.

For a legitimate measure to be developed and validated, large response numbers were required for analysis using structural equation modelling software. Given the online survey methodology chosen for this research, low response rates had to be prepared for. Consequently, to achieve a good cross-section of responses, invitations to participate in this study were sent to 19,892 unique contact email addresses drawn from the databases of the RIKON research unit. The survey was active for 24 days, between 14 March and 6 April, yielding 824 responses, a response rate of 4.14%.

While preparing the methodology chapter of the thesis, Tadhg’s attention was devoted to how former students had reported quantitative work in their masters and doctoral theses. Initially, only theses accessible through the repository were examined, but even with the inclusion of older theses for which there was only a hard copy, it was evident that this study’s survey was the largest ever conducted at WIT. The next largest survey that was located had 775 responses obtained from students, while the largest survey with practitioners had only 302 responses. 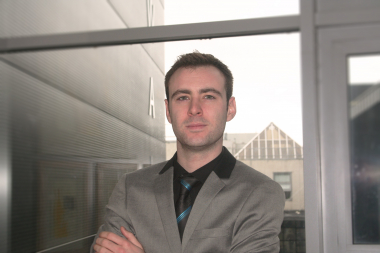