School of Engineering Student of the Year Award 2015

The School of Engineering Student of the Year award 2015 is Danny Murphy, BEng (Hons) in Sustainable Energy Engineering

Danny Murphy is a 4th year Sustainable Energy Engineering Student among a group of eighteen ‘friends’.  Any of the lecturers who have linked with this group from first year through to now have witnessed a bunch of boys develop into an exceptional cohert of fine young men.  They are almost ready to embark on careers in the engineering industry and the Courseboard have no doubt WIT will be represented incredibly well by Danny and the rest of the group.

Danny wins the award this year due to an exceptional ability to create a work/life balance that allows him to excel in his studies and also take time for the other important things in his life such as sport.  Danny began mixing college work and sport in 2011 when he was selected to play for the WIT intermediate team in which WIT won the All Ireland final vs Cork IT. Following on from this he was selected for the Fitzgibbon hurling team. WIT were successful in making three Fitzgibbon all Ireland final weekend's in a row in 2013,2014,2015 with the 2014 being especially memorable as they won the competition.

As well as representing WIT Danny was always keen to maintain his link with his home club of ‘Commercials’ at home in Dublin and of course as with many students today had to find time to keep his part time jobs going as well.

Busy as Danny was this year when a four member interdisciplinary team was being sought to represent WIT at the first Passive House Academy of Ireland one day student design competition in UCD Danny was the first to apply for the team and coupled with a student each from Architecture, Architectural technology and Construction management Danny was instrumental in helping the team to become the overall winners, bagging 1000 euro for their achievements.  The team of four was very well received the next day when they got to present their design proposal in front of a packed 300 seater auditorium and all present agreed that Danny and the team represented WIT at a level that was exceptional, especially in beating off the opposition of UCD, UCC, UL, DIT and CIT.

Danny is a great advocate of the GAA club and would particularly like to thank the support of Conor Phelan and Noel Holohan. As advertisemnets for WIT go Danny is a great PR man; when asked about his time at WIT he said ‘I would not change a thing and will greatly miss my time and especially the people I met over the years in WIT. Thanks to all in the the engineering school, my team-mates, class mates, Colm Tynan the course leader and Tom O’Brien and Juergen Bauer who assited the team in the preparations for the design competition. Last but not least Danny and all the SSE 4th years would like to thanks Angela Collins for her time and dedication she has offered them and helped so much this year with the preparations for the real world to come! 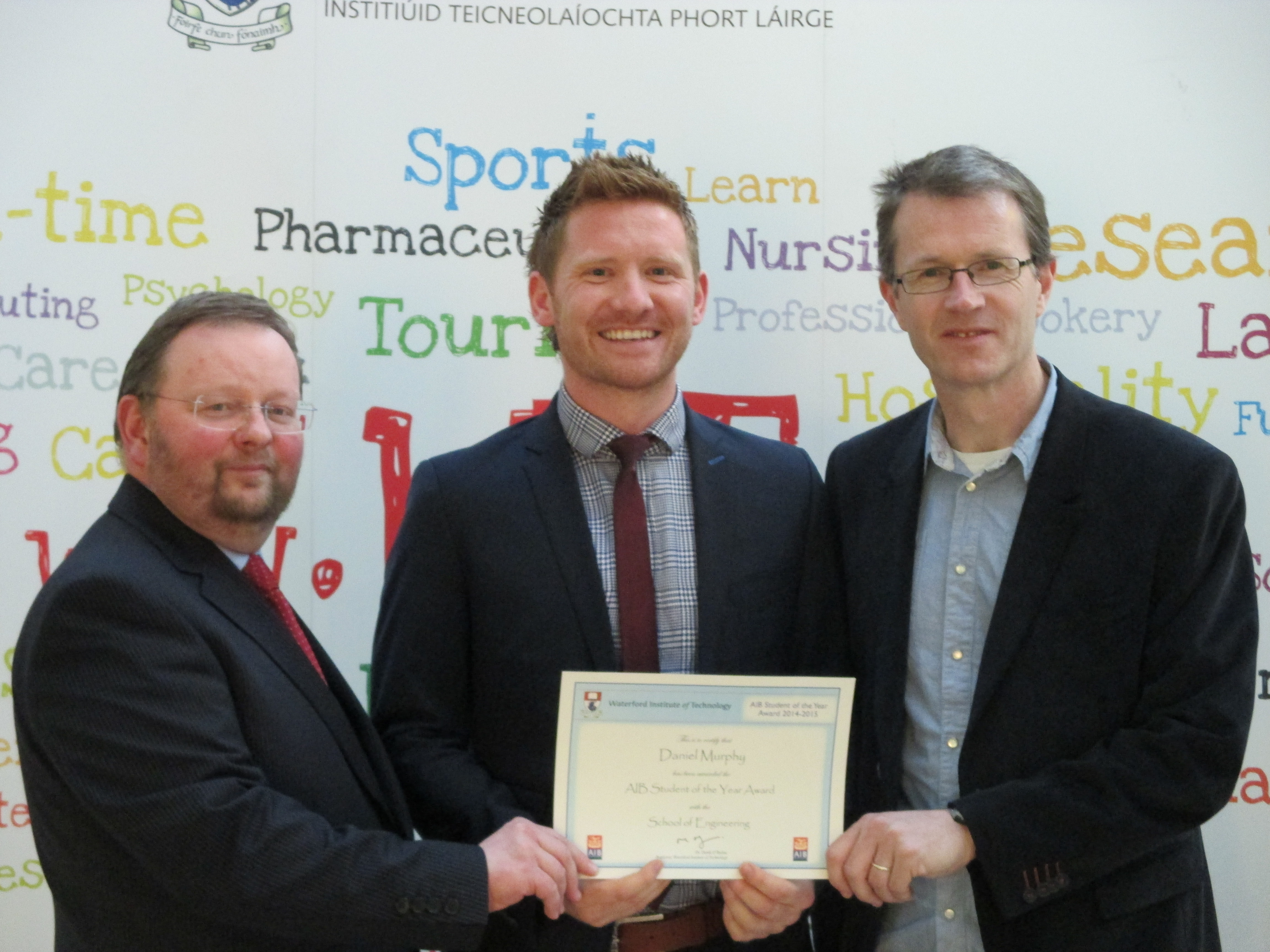