The School of Business hosted its 11th Annual Recognition of Awards Ceremony on Wednesday 9th October (Dean’s list ceremony).  This Ceremony recognises continuing students with outstanding academic achievement in their previous year.  The awards were called by the Course/Stream Leaders and presented by the Head of School, Dr. Thomas O’Toole.  Recognition of student effort and excellence is something the School of Business continually does.  These top performing students can influence others to achieve their potential as peer role models, and the recognition represents a mark of excellence to be included in recipient’s curriculum vitae.

The following are the Awards presented on the night:

Rowe Medal
The Rowe Medal is in memory of the founding Head of School, it is presented to the best performing undergraduate student.  The Rowe Medal was presented by Dr. Thomas O’Toole, to a Bachelor of Business (Honours) student, Sarah Fitzgerald, whose overall result was highest across the School.

The following prizes were also presented on the night: 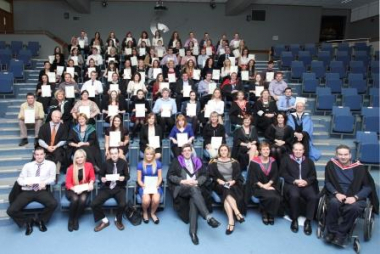