Science is for Everyone

An opinion piece in the Sunday Times by Dr. Cormac O'Raifeartaigh, published on Sunday 4 August 2012.

Earlier this month, a summer school took place in Lismore, Co Waterford, in honour of Robert Boyle, one of the great scientists of the age of Enlightenment. Boyle was born and raised in Lismore Castle and went on to become a founding member of the Royal Society of London. The society played a pivotal role in the scientific revolution, a movement that transformed society and ushered in the industrial age. Its motto “nullius in verba” (“take nobody’s word for it”) symbolised the determination of its members to establish facts from experiment rather than accepted dictum. This principle remains a core part of science today.

What would Boyle make of today’s science? No doubt he would be amazed by the technology science has delivered, from digital computers to mobile phones. He would be astonished that modern astronomical measurements have led to the hypothesis that the entire universe was once smaller than an atom and has been expanding and cooling ever since (the big bang theory). However, I suspect that the biggest surprise would be that a basic knowledge of all this science remains the preserve of a few. Far from being an indispensable part of the human experience, science has remained a specialised subject understood by only a fraction of society.

Does it matter? No doubt historians worry about a lack of historical knowledge in society and French teachers fret about a lack of interest in French culture. However, I think science is different, for two reasons.

First, many challenges facing society involve a basic understanding of science. Issues such as the safety of nuclear power, the use of genetically modified foods or the threat of climate change all require some knowledge of scientific concepts. Such knowledge is by no means the last word, but it is an important starting point for debate.

Second, the most important aspect of science is not what is “known”, but how it is discovered. No system of inquiry is perfect, but the methods of science (observation, hypothesis and experiment) have proved to be a remarkably robust way of finding out about the world. In particular, the principles of reproducibility (no result is accepted until it has been repeated) and universality (findings are tested by scientists all over the world) ensure reliability. False findings are soon weeded out. It is true that scientific theories are occasionally replaced over time, but this is usually because they are incomplete rather than wrong.

An understanding of the robust, sceptical methods of science builds trust in scientific findings; conversely, a lack of such knowledge can lead to the acceptance of views that are not based on fact. Consider science in the media. Radio and TV discussions of important scientific issues often pit scientists, who cite facts that have been carefully established by science, against commentators who have little knowledge of the subject at hand. Too often, the result is general confusion.

Is the Giant’s Causeway many millions of years old or just a few thousand? Is man-made climate change a genuine problem or a conspiracy dreamed up by the nanny state? In a world where every viewpoint is valid, it can be difficult for policymakers and the public to know who to believe. Worse, such discussions are easily manipulated by vested interests.

I suggest the solution lies in education. It is striking that when we talk of literacy, we usually mean a mastery of reading, writing and arithmetic. It could be argued that a basic knowledge of science should have been part of this package for centuries. In Ireland, children encounter a small amount of science in school at a young age. However, the majority opt out of science at secondary level, a pattern that is common in English-speaking countries. One reason is that individual science subjects can seem quite specialised and technically demanding.

I suspect a more generalised science programme all the way up to Leaving Cert level would be more appropriate for many students, enabling them to acquire a basic knowledge of the methods of science and its main findings. This knowledge could inform public discourse of important societal issues, from the risks of nuclear power to the threat of climate change.

Cormac O’Raifeartaigh lectures in physics at Waterford Institute of Technology and has been a visiting fellow at Harvard University’s science, technology and society programme 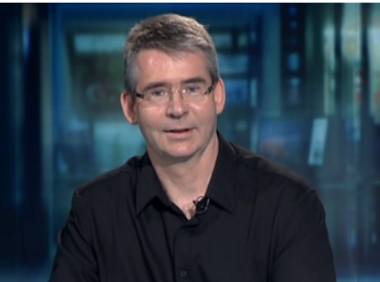