Following the success of last week’s speaker, MEP Deirdre Clune, The European Law Students Association (ELSA) of Waterford Institute of Technology (WIT) welcomed MEP Seán Kelly to present a talk on his role and duties within the European Parliament, and the legislative process connected therewith.

Following his presentation, ELSA WIT President Jade Power and ELSA WIT Secretary General Paul Browne, both final year LLB students, awarded Mr. Kelly with a Certificate of Appreciation for his contribution to the education of the WIT Law students and other students in attendance.

ELSA WIT members are looking forward to visiting the European Parliament next month.

To find out more about WIT ELSA follow them on

Click here to find our more about studying LLB Bachelor of Laws (Hons) at Waterford Institute of Technology. 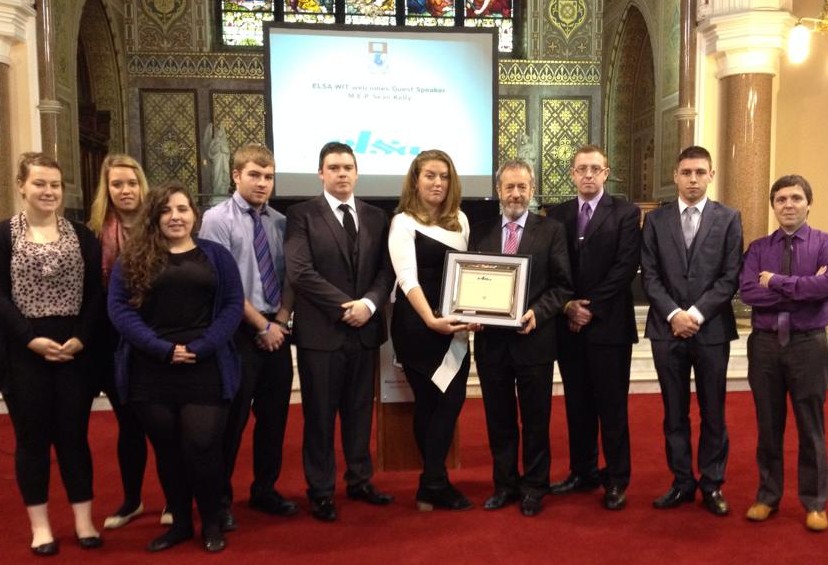