Michael Murphy graduated with a Bachelor of Arts (Honours) in Social Science in 2019. At first, he wasn’t sure what he wanted to do in college but with a little push from his parents it helped him to choose something he was passionate about.

Michael seized the opportunity of becoming a student union president and a student welfare officer. “It was an amazing opportunity to work with and help other people,” Michael mentioned.

“You get to learn so much from people you meet, even from people I would not have met before. It was both a rewarding and challenging job, but it was great to make a difference through doing social and other things,” he said.

“Other parts of college life that I found great was probably the time of the elections or being welcomed and accepted into a new group after taking a year to do student union work. The worst part is probably leaving my old class behind, but I got the opportunity to make new friends,” is what Michael had to say about his experience in college.

Benefits of clubs and socs

Having a college experience in itself is very rewarding. People who are thinking of going to college would definitely benefit from joining a club or society as it is a great way to make new friends and also join something you are interested in and are passionate about. Also living in student accommodation is a great source of independence. These are just a few things that Michael mentioned.

Interviewed at Conferring 2019 by Nyomi Curry 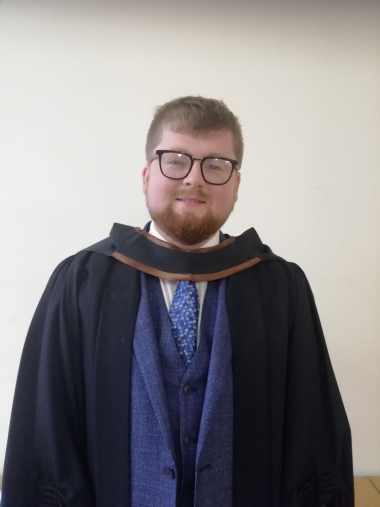