The Department of Science at Waterford Institute of Technology (WIT) recently held its Industry Sponsored Awards Ceremony for 2020 via Zoom.

Speaking at the awards Knowles said “Source BioScience are very proud to sponsor the “Excellence in Level 7 Undergraduate Biology Research” awards. We are delighted to be involved today and would just like to say well done to all the students for all their hard work and congratulations on your achievement.”

Second place went to Eoin Barry for “Microbiology-Based Hygiene Study of a Liquid Feeding System for Pigs”, and third to Chloe O’Rourke for “Identifying the Role of Neuromedin U in Breast Cancer Progression”.

Gary Hogan and his project “Evaluation of Two Polymerase Chain Reaction Protocols for use in Whole Plasmid Site-Directed Mutagenesis” was also highly commended.

Tara Perset, a past pupil of Université Paris Est Creteil, Paris, France from Paris, Ile de France France was the overall winner of the award.
Tara explains why she was nominated for the Source BioScience 'Excellence in L7 Undergraduate Biology Research' award:
“I didn’t know there was a contest for the biology research project but I am happy to win first place and receive this award from my nominator Audrey Hearne. I am incredibly thankful for the help that was given me by my supervisor Sweta Rani during this project. I wouldn’t have this award if it wasn’t for her,” says Tara,
Her dreams for the future include: a Master’s degree in Neuroscience or Integrative Biology and then become a patent engineer in these fields.

Chloe O'Rourke, a past pupil of St Declans Community College, Kilmacthomas, Co. Waterford was awarded third place in Source BioScience 'Excellence in L7 Undergraduate Biology Research' on the 4th June 2020.
The 3rd year student is studying a BSc Applied Biology.
Chloe explains why she was nominated for the Source BioScience award.
“I attended WIT and studied a BSc in Applied Biology from 2017 to 2020. I was chosen by Source BioScience as a recipient for the Excellence in Biology research award based on my research project and presentation on the role of neuromedin U (NMU) in breast cancer progression.”
“I am absolutely delighted to be chosen as one of the recipients of the Source BioScience Excellence award,” she says.
Her dreams for the future include: Continuing in WIT to gain a BSc Honours in Molecular Biology with Biopharmaceutical Science, then to attend University College Cork to Study MSc in
Pharmaceutical Technology and Quality Systems to become QP Qualified.

Gary Hogan, a past pupil of Vocational School (Comeragh College), Carrick on Suir, Co. Tipperary is one of four students at Waterford Institute of Technology (WIT) to be awarded an award in the Source Bioscience ‘Excellence in Biology Research awards’ which take place on Thursday June 4th 2020.

His project was highly commended. Gary explains why he was nominated for this award:

“I entered WIT as a mature student in September 2017, and have just completed third year on the Applied Biology Course. I was nominated for this runner up award by the Applied Biology course leader, Dr Audrey Hearne. I was pleasantly surprised but delighted to be nominated for this award given the quality of the work carried out by my fellow classmates throughout the course of the project.”

“I hope to start year 4, Molecular Biology and Biopharmaceutical Science (Level 8) in September 2020. It’s my ambition to have a career in the Biopharmaceutical industry, I’m particularly interested in the area of research and development,” he added. 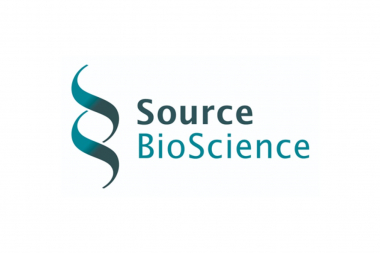