WIT's senior hurlers play the replay of the 2015 Fitzgibbon Cup this evening at 7.30pm in Pairc ui Rinn in Cork against University of Limerick. The first game was a thriller but WIT will not mind one bit if this replay does not hit the same heights as the first game as long as they can come out on the right side of the result and bring home the cup.

Best of luck to Colm Bonnar and his team this evening who are in pursuit of the Institute's 10th Fitzgibbon Cup.

There are also a number of other 3rd level competitions to be played this week where there is silverware on offer. Our camogie team play UL in the Division 1 league final against UL at 4:00pm this afternoon in UCC; WIT were of course crowned Ashbourne Cup champions in February and a league title would be very much seen as a bonus for the 14-15 season.

The WIT ladies rugby team travel to IT Carlow today for a 2 day college’s intervarsity championship which will take place today and tomorrow. The WIT ladies have already qualified for the league final which will be played on the 25th of March and this weeks 2 day competition will provide much need match practice and an opportunity to achieve varsity honours for the team.

The Institute's Golf team are also in competitive action this week; WIT play NUI Maynooth in the All- Ireland Colleges quarter final tomorrow in Woodbrook Golf Club in Bray, Co. Wickow. If the team manage to win tomorrow they will be playing the semi-final and final in the same venue on Friday.

WIT has already won a provincial trophy this week; our junior Gaelic football team won the Munster Colleges Cup after defeating UCC in the Munster Final on Monday evening in Carriganore. This was our junior teams' second consecutive Munster title and the team hope to go on and win the All Ireland Cup later this month.

Let's hope the other teams in action this week can bring more sporting glory home for WIT this week! 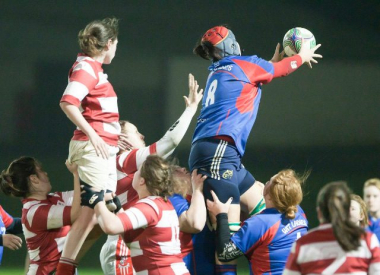