Business student Miriam Walsh discusses her passion for camogie, training and preparation having been awarded a sports scholarship award from WIT

Miriam Walsh is studying the Bachelor of Business (Hons) degree at Waterford Institute of Technology and was awarded a sports scholarship from WIT for her contribution to her sport, camogie.

The 21-year-olds passion for camogie is evident, as she says she’s been playing camogie ever since she was “in the womb.”

Every academic year, WIT provides up to 60 Sports Scholarship Awards distributed between four categories which reflect the sporting level a student is competing at within their sporting discipline.

The Kilkenny native has a number of goals she hopes to reach this year, but her number one dream is to win an All-Ireland with her team, Tullaroan.

Before any game, Walsh believes preparation lies in eating well and drinking plenty of water, and admits she rarely gets nervous approaching match day.

“I try not to think too much about it and just go out and play like any other game.”

At a young age, Walsh found a talent in ballet, but said it was short lived, when her talent and love for camogie emerged, “I was handy at the ballet, but then the camogie took over, I play golf in my spare time too.”

Dedicated to her sport, Walsh says she practices every day, twice a day and puts some of her success down to listening to her managers.

The business student looks to the future with optimism and says, “hopefully in the next three years I’ll still be playing with Kilkenny and with a few extra medals.”

The Sports Scholarship Programme at WIT offers an athlete led development programme aimed at supporting the overall development of high performance athletes in a wide range of sports. The programme gives talented athletes the opportunity to develop their sporting and academic career by offering a network of support services and expertise which is tailored around the specific needs of each individual athlete.

Every academic year, WIT provides up to 60 Sports Scholarship Awards distributed between four awarding categories which reflect the sporting level a student is competing at within their sporting discipline:

Gold Scholarships are given to those students who are excelling in their sport and competing at the highest level in their sport.

Silver Scholarships are usually awarded to those students already in the college. Students receiving Silver Scholarships will have demonstrated their potential and commitment to their sport and WIT Club and will be competing at a high level.

Bronze Scholarships are open to all sports and are generally given to prospective and new students on entry to WIT. This Scholarship is also available to students who have completed first year in college and have demonstrated above average potential and commitment to a WIT sports club.

Sports Recognition Scholarships are one of most recent scholarships which was established to recognise outstanding WIT student athletes who have shown huge commitment to sport in WIT and who have also played a leading part in the development of Clubs and Societies life here in the college. 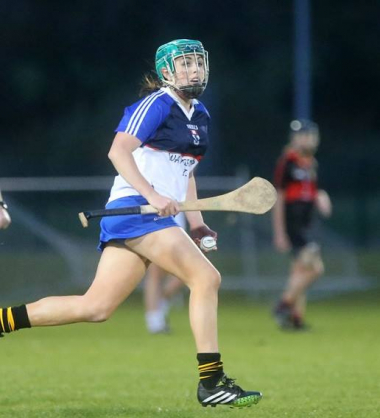