A conference on “Strengthening and Developing Regional Economic Partnership” took place at the Department of Environment Building in Carraiglawn Wexford in late August and was organised by Ireland Newfoundland Connections in conjunction with Wexford County Council and the Centre for Newfoundland and Labrador Studies in Waterford Institute of Technology (WIT).

The conference was opened by Canadian Ambassador, His Excellency Loyola Hearn and by Cllr Kathleen Codd-Nolan, Chair of Wexford County Council. The proceedings were chaired by Dr Tom O’Toole, Head of School of Business at WIT.

The participants received presentations which examined the economic and demographic profile of the South East, the rationale and operation of regional partnerships, the role of higher education in supporting enterprise activity, the experiences of indigenous and multi-national firms and the contribution of agricultural education, research and advice.

The key messages that emerged from the presentations and workshop discussions covered economic, institutional, managerial and political dimensions. These included:

A report from the conference will be circulated shortly to participants and key stakeholder. 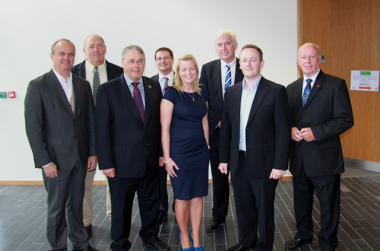