“When deciding on where to study I found that WITs BSc (Hons) in Computer Security & Forensics degree was one of the most recognized and highly regarded computer security and forensic courses in the country.

I established a computer security society with my classmates and organised Waterford’s first ever Information Security Conference which attracted attention from across the world.”

Students who enrol in this course can expect to study modules such as; Foundations of Computing, Introduction to Computer Forensics and Programming Fundamentals. 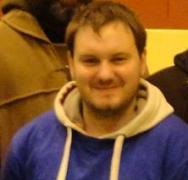