Oisín Seager a Kilkenny native who attended Coláiste Pobail Osraí, Kilkenny graduated from the BSc in Sports Coaching and Performance with a First Class Honours degree in 2019

During his time as an undergraduate he was heavily involved in coaching.  He completed the UEFA B licence with the FAI and the Olympic Weightlifting Level 1 with Weightlifting Ireland whilst an undergraduate in WIT. He coached with Southend United FC's academy during his placement year in England. After returning to Ireland, he held the role of Lead Academy Technical Coach with Waterford FC during his final year. Football was my main sport, but he also discovered Olympic Weightlifting during my studies.

He coached with the WIT Olympic Weightlifting team and also represented the college twice in the inter-varsities, earning a silver medal in 2017 and a bronze medal in 2018.

What attracted you to study at Waterford Institute of Technology?

I chose to study the BSc in Sports Coaching and Performance in WIT because the course offered a unique insight into the theory and practice behind coaching and sport science. I was also attracted by the mandatory work placement in third year, which gave students the opportunity to gain first-hand experience working in sporting environment.

What words of advice do you have for new students?

For any aspiring coach, you will learn a lot from the course that greatly improve your ability as coach, but you need to practice applying that knowledge to athletes. It's not enough to just attend your classes, you need to be out on the pitch or in the gym working with athletes and gaining experience outside of college.

How did work placement add to your college experience?

We had to complete a full year work placement in third year. This was the biggest highlight of the course for me. It gave me the opportunity to apply all the knowledge that I had acquired from the previous years in a practical setting. I moved to England for the year and worked with Southend United FC's professional Academy as a coach. It was a massive learning curve and exposed me to how a professional club is operated. It showed me the required standards a coach must have to work at that level. The knowledge and contacts that I gained during that time were priceless. The experience greatly enhanced my development as a coach and person.

How did this course help you?

My experience as an undergraduate at WIT equipped me with the skills and knowledge to further develop myself as a coach. I am now studying a MSc Applied Sport and Exercise Psychology in WIT and am a UEFA A licence candidate with the FAI.  I have also started my own business, Seager Coaching, offering player and coach education to people worldwide. 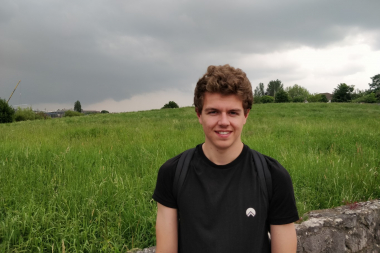