Two students from the Higher Diploma in Television Production are the proud owners of a Smedia Award which they won for their Irish language programme about Liam Clancy at the prestigious Student Media Award held in Dublin on Wednesday night.

'Cairde Liam', which won in the ‘Best Irish Language programme’ category, was produced and directed by Tadhg O hUallacháin from An Rinn and edited and produced by Aisling Ní Fhlaithearta from Arainn. Both are students on Waterford Institute of Technology’s (WIT) postgraduate television production course delivered in conjunction with Nemeton TV.

The programme is about Liam Clancy, his music and how he and his music are remembered by his many friends from An Rinn Gaeltacht where he lived for a long number of years.

In his winning speech, Tadhg thanked WIT and Nemeton TV as well as the contributors to his programme. Tadgh went on to talk about how much winning the award meant to him, saying that “it was an honour just to be in final 100 shortlisted from the hundreds of media students who entered from all over the country. To be one of the forty winners means the world.”

This is the second time a WIT student won a Smedia award for best Irish programme. In 2008, Tadg O Criodan won for his programme called Golaicht Ait’.

“The Television Production programme is one of the best known practical postgraduate courses that qualifies graduates to work in TV but also to make Digital Marketing videos. It is also ideal for those who wish to work in conference or event management. We are currently recruiting for our September intake.” according to course director, Bláithín Ní Chathain. 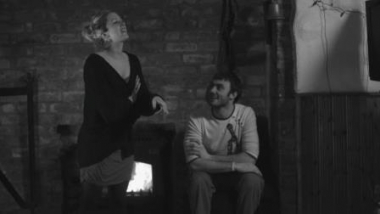