Deirdre wanted to keep enhancing her career prospects and upskill, choosing to study the DBA which paid off and resulted in a promotion in her job

Deirdre Giblin is from Killester, Dublin. She attended WIT part-time to study Doctor of Business Administration (DBA) meanwhile working full-time in her career.

Prior to studying this programme:

After a long corporate career in Human Resources, I made the switch to academia first as a part-time lecturer and then as a Head of Department at the National College of Ireland (NCI) in Dublin. I was educated to a masters level and had been considering doing a PhD or a DBA as I transitioned to a new Director role with NCI.

My motivation for doing the programme was:

While Head of Department for Professional Education in NCI, I became very interested in the development of the new third level apprenticeships and decided I would like to pursue some research in this area. I had been looking at PhD and DBA programmes and came to Waterford to the DBA Open Evening and was attracted to the structure of the programme. I wanted to carry out applied research in an area of interest where I felt I could add value. The DBA programme provided the scaffolding and support for me to do that.

The programme has impacted my career in the following way:

Halfway through the programme, I was promoted to a new role within NCI as Director of Development & External Engagement and I joined the Executive Group of the college. My DBA studies had a direct impact on this promotion. For part of my thesis, I researched the current higher education landscape in Ireland and looked at international models also and this has directly influenced some of the strategic projects that I am currently working on for my employer.

My advice for adult learners considering this programme at the moment is:

The DBA is a fantastic programme. The structure and the support provided by the faculty and the admin team are excellent. The first 18 months of the programme are about learning the craft of becoming a researcher and the remainder of the programme is the paper series that becomes the final thesis. For those, like me, who wanted the support of classmates - this programme was perfect. It was great to have twice-yearly interaction with classmates who came from such a diverse range of sectors with the unifying ambition of wanting to complete our DBAs.

Why I would recommend studying in Waterford/WIT:

The calibre and quality of the staff from the faculty through to the administrators was of a very high level. The learning environment was very supportive. As director of another third level education institution, I was very impressed with the whole learning experience and I am very fussy! 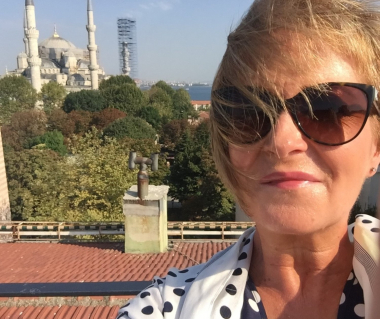