Dr Sheila Donegan, founder of Maths Week Ireland, Calmast and chemistry lecturer at WIT, was interviewed by the Irish Times to discuss all things Stem

“Like a lot of people in Stem I had a brilliant physics and chemistry teacher for my Leaving Cert, and she really turned me on to science.

“I studied chemistry with microbiology at UCD and then went on to a postgraduate and PhD. I was very lucky to get a chance to study in New York for my doctorate, which was looking at the reactions between molecules and how we can mix different materials, such as oil and water.

“This led to job with a research unit at Forbairt” – now Enterprise Ireland – “in developing water-based paints, which are safer and more environmentally friendly than oil-based paints.

“I presumed I would work in the pharmaceutical industry, as that’s what most chemistry graduates do. But things took a different turn: I got a job lecturing in chemistry at WIT and became interested in promoting chemistry as a career, so I got talking to transition-year school groups and encouraged them to study chemistry.

“Meanwhile my colleague Eoin Gill was doing the same for engineering. We decided to work together to increase the overall number of people interested in Stem, and so the Centre for the Advancement of Learning of Maths, Science and Technology – Calmast – was born.

“Our aim is to encourage people of all ages to become interested in Stem, and we work with children in creches as well as retirement groups. As we went on we saw that the underlying problem in drawing people to Stem was maths, and so, 10 years ago, we set up Maths Week Ireland, which runs in October.

“Last year we had 270,000 people participating across Ireland. There are so many people of my generation who say they can’t do maths, but we all do maths, whether that’s sudoku or looking at bills or working out how to get from A to B.

“Maths Week brings puzzles to the street and helps increase people’s confidence; we have maths shows and puzzle shows, and last year the concert pianist Eugenia Cheng was at the National Concert Hall, explaining about the intricate relationship between maths and music, and playing pieces of music to explain.

“Not everyone can be a Nobel laureate in maths, but we can – and do – use it all the time.”

This post first appeared online in The Irish Times Education section and has been re-used with permission. 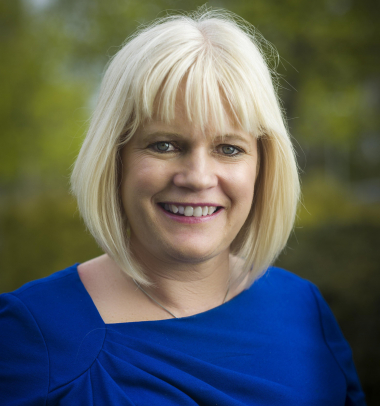