Making a truly equal society will require more from politicians and taxpayers alike, writes Dr Tom Boland, lecturer in sociology at WIT in the Irish Examiner (Monday, 25 May 2015)

The yes vote in the marriage equality referendum is much to be welcomed, as it improves the lot of many of our citizens, but more importantly, it is a symbolic act of inclusion by the majority of Irish society of the LGBT individuals and communities who have been marginalised for decades.

Furthermore, the referendum was also marked by increased participation, particularly by young people, who registered to vote in their thousands.

The main argument for the amendment was equality. It was not about ‘liberty’, that is, letting people do whatever they like. Rather, it was about extending equal status and protection to those who had previously been denied it. After this groundswell of political will in favour of equality, let us consider some other areas of Irish society which are marked by inequality:

People under the age of 24 are only entitled to €100 a week, compared to €188 for those over 25. This difference was introduced during the early days of the crisis, to save money, hoping that young people would rely on their parents. There is no good or legal reason why people of this age should not be afforded the same entitlements as others. There are 30,000 such people at present.

Refugees in direct provision in Ireland came out to protest at their conditions this year. Effectively, direct provision is a sort of purgatory, where people are denied a swift answer to their application for asylum for years, and live in a sort of open prison with no privacy and no freedom to live their own lives.

Over the last decade, fees at universities have crept up from the hundreds to around €3,000. Access to higher education depends upon a certain level of income, which is plainly inequitable, preventing social mobility and compounding inter-generational poverty. There are more complex forms of educational inequality, for instance, the unfair advantage accrued by students who can afford grinds for the Leaving Certificate.

Working at the minimum wage for 40 hours a week scarcely covers the cost of living in any Irish city or town. A minimum ‘living wage’ needs to be introduced. Although the economic measures are complicated, indisputably Ireland has become an increasingly unequal society as measured by Gini co-efficient over the last 30 years. Four years of regressive budgets have seen the ‘haves’ keep more of their pay and the ‘have not’s’ keep less of theirs.

Men still earn substantially more than women in Ireland, which is most obviously inequitable where they are paid less for doing the same work, but more subtly in terms of work-place discrimination. Child-friendly policies in workplaces, including longer maternity and parental leave, or guaranteed legal rights to paid career breaks, would be a step in the right direction.

The entitlement to single parents allowance is gradually being reduced, and now is only given to those whose children are under seven, meaning parents must seek work, even though finding and paying for childcare is very difficult. Poverty is strongly correlated with single-parenthood in Ireland. While the State gives child benefit universally, it also subsidises conventional families through preferential lower tax rates for those who calculate their tax liabilities jointly. For equality’s sake, similar tax breaks should be given to single parents. Furthermore, the constitutional protections afforded to families under marriage should surely be extended to single-parent families.

Many unemployed individuals wish to retrain or gain skills, but thousands of them are actually forced into taking courses which are irrelevant to them or, worse still, into labouring for merely €50 above their dole. Effectively, they are free labour for employers, and may do the same work as employees who have a contract and are properly paid. Viable businesses should pay their employees while training them, and most still do. Making internships completely voluntary, rather than enforced with the threat of withdrawal of welfare would be an equitable step.

These are just a few well-known cases. Some of these inequalities seem to stem from entrenched attitudes and institutions which might take decades to change, and all are complex. However, in each of these cases, a big difference can be made by new legislation or better policy. Hopefully the next election will allow us to vote for parties or candidates who profess that they will do something about these issues.

Unlike extending marriage rights to all persons equally, making changes in these areas might involve real costs. That is, those of us who have more than an equal share in this society might have to give back more. So, making a difference here would mean going beyond ‘liberty’ — let them do what they like — to ‘equality’; making the effort to share things out more equally. Will the million who voted for marriage equality vote for that? 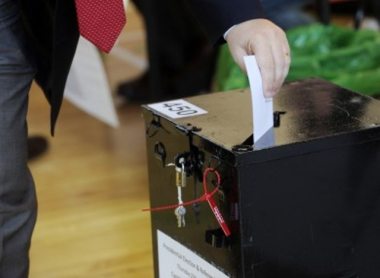