I studied a Bachelor of Arts (Irish and History) in UCC 2011-2014, with the aim of becoming a secondary school teacher by completing a Masters degree in Education. I changed my mind after a visit from the Course Director of the Higher Diploma in TV Production and chose to pursue a career in TV instead. I was hired by Nemeton TV after finishing the course and worked my way up from a production assistant to a researcher and then to assistant producer and finally producer. At the moment I am a Producer for GAA BEO on TG4.

I wanted to study this course at WIT because:

I had always had an interest in filming and editing growing up and was so eager to complete a level 9 course that taught everything from script-writing to directing, as well as filming and editing. I was excited to do a practical course, and the idea that I could make my own documentary as part of the degree further piqued my interest. After completing three years of studying Irish in Cork, I was thrilled to discover that the Higher Diploma would be based in An Rinn, Co. Phort Láirge and I would be learning TV Production through the Irish language. There would also be Irish lectures once a week on campus in WIT and I was looking forward to feeling part of the WIT community.

The highlights of my college experience include:

The experience I gained from completing the Higher Diploma was invaluable for my career. It equipped me with the skills I needed to work in the television industry. During the year I directed and edited my own programme and I helped out with camerawork and sound recording for my fellow students on their programmes, so I really learned a lot. The course arranged for a variety of guest speakers to come and talk to us throughout the academic year about their experience in the industry, which gave us a valuable insight into the film & television industry, including a cameraman who worked on Peaky Blinders for the BBC. We got the chance to go out and watch a live television outside broadcast take place (GAA BEO for TG4). I was hired by Nemeton TV after finishing the course and worked my way up from a production assistant to a researcher and then to assistant producer and finally producer. At the moment I am a Producer for GAA BEO on TG4.

I had a chance to work on other programmes for TG4 as a Production Assistant during the year. When you finish the course you have TV Credits to add to your CV which is a big advantage as companies really value experienced crew members when they are looking to hire someone for their production team.

Editing: My favourite part was learning how to edit and assemble a documentary.

Why I would recommend studying in Waterford:

The lecturers are so knowledgeable and really go above and beyond to help the students. There are great facilities and there is a nice atmosphere on campus. There are plenty of clubs and societies to get involved in. Waterford is also a great location in the sunny south east of Ireland. Definitely look no further than doing the higher diploma if you want a career in TV or film. You learn so much about the industry and you get a lot of experience in all aspects of production. The difficult part is choosing what you want to pursue afterwards. The course really encourages you to be a creative thinker and you get to put all your new skills to good use when you make your short film or documentary. You can also work in a part-time job during the course so it is very flexible. The lecturers are fantastic and helpful and they know so much about the industry. The course will really open up your world and provide you with so many opportunities. 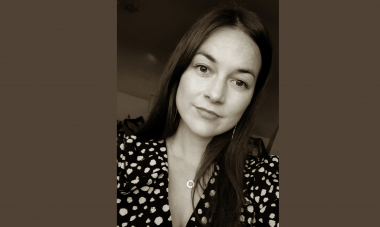 "I was thrilled to discover that the Higher Diploma would be based in An Rinn, Co. Phort Láirge and I would be learning TV Production through the Irish language"