Waterford Institute of Technology (WIT) is delighted to announce the awarding of the WIT Honorary Fellowship to Vicky Phelan. This award, conferred by the WIT Governing Body this afternoon, is the highest honorary award the Institute can confer to individuals who have demonstrated distinction in a field of human endeavor to such an extent as to provide motivation and inspiration to the community of the Institute and society at large.

Vicky Phelan is a staff member within the Institute since 2006 and holds the position of Head of the Literacy Development Centre, a national centre that provides professional development to practitioners working within the adult literacy and adult education sector. Vicky is also a WIT graduate having completed a Masters in the Management of Education in 2011.

“The nomination to award a WIT Honorary Fellowship to Vicky Phelan was reviewed by a selection committee convened by the WIT President, Professor Donnelly, and was unanimously and whole-heartedly ratified by the WIT Governing Body. As educators our Institute acknowledges graduates, encouraging them to participate fully and actively in society as we can all benefit from responsible, creative and ethical participation. As a role model Vicky Phelan demonstrates those attributes,” he stated.

WIT President Prof Willie Donnelly, presenting the WIT Honorary Fellowship to Vicky said: “through her actions in challenging the national health service Vicky has made a transformational contribution to women’s health in Ireland. Her courage, her desire for the truth and her determination represent values that are fundamental to society and reflect the core values of WIT.”

“We are very proud to call Vicky one of our own; she is an important part of the WIT community, a valued member of staff, a WIT alumna. We are proud, too, that she has agreed to do us the great privilege of accepting the WIT Honorary Fellowship award, in recognition of her contribution to society,” Prof Donnelly concluded.

Vicky, in her response to the award, stated "To be awarded an Honorary Fellowship, the highest honour that WIT can bestow on me, is something of a dream come true for me. I am a true lifelong learner. I pursued a career in education because of my love of learning and a passionate belief in the power of education to change lives. I amhonoured to accept this award and wish to accept this award on behalf of the women of Ireland for whom I have been campaigning and who inspire me to continue in my campaign for improvements in women's healthcare."

Vicky was born Victoria Kelly on October 28th 1974 in Mooncoin, Co. Kilkenny. She is the eldest of John and Gaby’s five children. Having attended Scoil Mhuire National School in Mooncoin and Mooncoin Vocational School, Vicky went on to study in the University of Limerick in 1993 and graduated with a Bachelor of Arts in European Studies in 1997.

Vicky continued to study and work at UL where she became a researcher in the Centre for Applied Language Studies. In 2001 she was appointed to UL’s International Education Division where she spent a number of happy and fulfilling years and is well remembered by her colleagues there for her professionalism, engagement with international students and partner organisations, and her dedication to what was then a new and emerging area in Irish higher education – internationalisation. 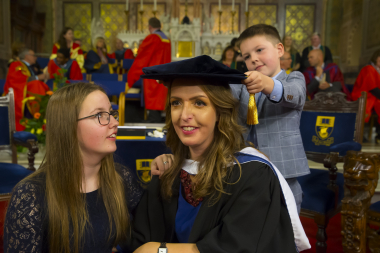