"You have done us proud as an Institute" - 2 current students and six alumni in starting team, 2 backroom team members and 1 alumni and 1 student on squad

Almost half of the Waterford starting team named for the All-Ireland Hurling Final on Sunday, 3 September 2017 have studied at Waterford Institute of Technology.

Courses at the Institute’s Department of Sport and Exercise Science, and Department of Graduate Business are the two most popular areas for hurlers to study.

The Institute has a strong GAA record – this year WIT GAA club celebrated its 35th anniversary.

Ahead of Sunday’s game WIT President, Prof Willie Donnelly stated: “At WIT we wish the very best to the Waterford Hurling Team on Sunday and look forward to bringing back the Liam MacCarthy Cup to Waterford. It is extraordinary to think that there are 12 members of the team and back up support team who are either current students or Alumni of WIT.

“Our best wishes to all the team members, particularly to Noel Connors (PhD), Austin Gleeson and Shane McNulty who are all current students, and also Stephen Barrett, support team, who is a WIT PhD student and staff member in the Department of Sport and Exercise Science.  You have done us proud as an Institute.”

The WIT GAA Club would like to wish all players and management teams the very best of luck on Sunday. Katie Redmond, GAA Development Officer at WIT said:

“We would also like to thank and acknowledge all our current and past students for their commitment along with their tremendous discipline towards the WIT GAA Club. The Club can certainly be proud of their achievements both on and off the field. Finally, we would like to wish them all the best for the future, both in their sporting discipline and also within their studies.”

The WIT students named in the starting team are:

There are also WIT links in the backroom team, including:

Stephen Barrett, Waterford Nutritionist, is a lecturer in the Department of Sport & Exercise Science. He is also a current PhD student at WIT.

Gary Walsh, Waterford’s strength and conditioning coach, is a former student of Department of Sport and Exercise Science where he studied Recreation and Sport Management. 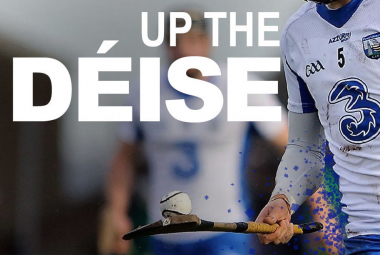 "It is extraordinary to think that there are 12 members of the team and back up support team who are either current students or Alumni of WIT."