The Department of Science at Waterford Institute of Technology (WIT) recently held its Industry Sponsored Awards Ceremony for 2021, virtually for the second year in a row.

Students from courses across the department were presented with awards for their outstanding projects and performances throughout the year.

This year also saw the launch of a new student scholarship initiative supported by TEVA Pharmaceuticals, The Philip Kelly Teva Excellence Scholarship. Two awards were presented for 2020 and 2021.

Dr Peter McLoughlin, Head of the School of Science and Computing in his opening speech said: “These awards are very much a celebration of the innovation and creativity of our students. They are also a testament of the resilience and commitment of over 1,000 students studying in the Department throughout the toughest of years arising from the pandemic.”

He continued: “On behalf of the management and staff in the Department of Science I would like to congratulate all of the students for their hard work and commitment to excellence in their area of study. I would also like to acknowledge the staff in the Department of Science for their support for the students throughout the year.

Dr McLoughlin also thanked industry partners for their continued support and commitment to WIT students particularly throughout the past two difficult years. “These awards are an important part of our engagement with industry, add enormously to the prestige of our programmes and are an important acknowledgment of the quality and innovation of our student’s work.”

Teva, TriviumVet, Sanofi and Sofrimar sponsored a selection of awards for students of pharmaceutical science

Eurofins and Source Bioscience sponsored a selection of awards for students of molecular biology with biopharmaceutical science.

Eurofins sponsored the BSc (Hons) in Molecular Biology with Biopharmaceutical Science Excellence in Undergraduate Biology Research Award. The winners were:

The presentation of a perpetual trophy by Dawn Meats and McDonalds was also made to Great Agri Food Debate winners 2021: Waterford Institute of Technology.

Dairymaster and AIB sponsored a selection of awards for students of agricultural science and agriculture. 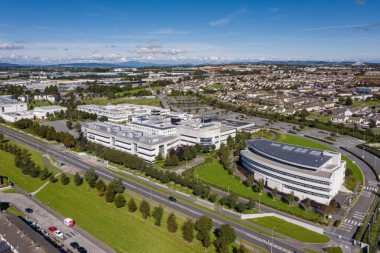