To mark the event WIT will be turning two buildings blue over the weekend, the WIT Arena and the Tourism and Leisure Building on the Cork Road Campus

Waterford Institute of Technology (WIT) is going blue in support of World Diabetes Day on 14 November and to mark 100 years since the discovery of insulin.

Diabetes is estimated to affect about 9% of the population with over 400 million people worldwide and an estimated Irish impact of around 250,000 people. There are two forms of diabetes, type 1 which is an autoimmune condition, usually presenting in childhood, which prevents the body producing insulin and Type 2, the more commonly understood form of diabetes often arising from poor diet or inactivity.

Dr Derek O’Byrne, Vice President for Academic Affairs and Registrar, says: “WIT is delighted to be going blue for World Diabetes Day. The discovery of insulin 100 years ago marked a huge breakthrough in the treatment for diabetes and provided a lifesaving treatment to type 1 diabetes patients as well as improving the treatment for type 2 patients. The value of science and scientific discovery is never clearer than in cases such as the discovery of insulin and it highlights the importance of funding for scientific discovery.”

To mark the event WIT will be turning two buildings blue over the weekend, the WIT Arena and the Tourism and Leisure Building on the Cork Road Campus. The website will also go blue. The blue theme will continue on Monday with a number of events and activities to provide information and highlight prevention and care of diabetes.

Elma Clancy, Institute Nurse encourages people to be aware of the signs of the onset of diabetes and to act in a timely manner in diagnosing and treating it.

“Diabetes Ireland has published a number of very useful guides to help identify the early signs of diabetes and being vigilant and acting early will improve your outcomes. It is estimated that up to 50% of people with diabetes are unaware that they have it. So knowing the risk factors, being overweight, inactive, family history and health factors such as high blood pressure or cholesterol should be warning signs for being tested for diabetes.

Life style changes such as eating a healthy diet, maintaining a healthy weight, getting the recommended level of regular physical activity, reduce long periods of sitting are very important steps to prevent or reverse pre-diabetes.

“Parents should also be alert to the signs of diabetes in children usually presenting as increased Thirst, reduced Energy, Sudden weight change and increased Toilet frequency. Diabetes Ireland has launched the TEST acronym to aid recall of the symptoms.

If you think that you or your child could have any of the symptoms of diabetes, think TEST and contact your GP. 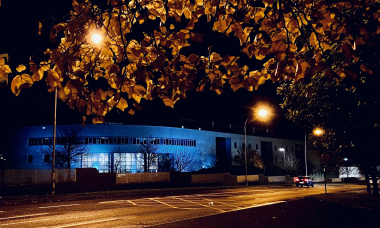