Edward Hayden, lecturer & course leader of the Higher Certificate in Arts in Culinary Arts has been appointed to the Irish Food Writers Guild.

The Guild, which was originally formed in 1990, works to promote high professional standards of knowledge and practice among writers about food, nutrition, food history and related matters and to assist in the formulation of links and networks amongst all involved in the food industry.

Edward has been invited to join many prestigious names in food and food writing in testament to his work in the food industry in both media and academic capacities.

The Guild aims to support food writing excellence and integrity in food reporting; to highlight and influence food policy; and to create debate on sustainable and ethical food production. The Guild also aims to promote good food education across all levels of education and seeks to promote Irish food at home and abroad.

Edward says “it is such an immense honour to join the Irish Food Writers Guild, and to join with many other writers and protagonists in the world of food, of great culinary integrity and bone fides.

“Marrying my work in education, being part of young student’s formative years in their culinary career, alongside my zest for writing, research and the role of food in the media is a role I am richly looking forward to”. 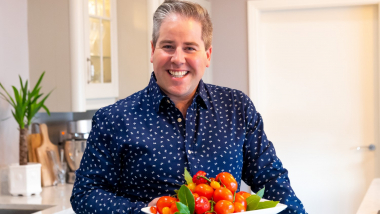