On Friday 11 June, Marian Ingoldsby, staff member in the WIT Department of Arts, Grainne Mulvey (WIT graduate), and Jane O'Leary will have their compositions performed by the RTÉ National Symphony Orchestra.

The concert will be streamed live, on RTÉ Culture and on Lyric fm at 7pm.

Ingoldsby’s Winter Sun (2016) is based on a simple idea, that of the glowing short-lived warmth of the January sun in the composer's sitting room, followed by dark and more dark. These moments of warmth are characterised by a rich harmonic language, following close-knit blurred chords in the high register of the strings.

Speaking ahead of the concert, lecturer in BA (Hons) in Music at WIT Marian Ingoldsby stated it is “an honour”:

“Emerging from the very protracted pandemic, it is wonderful to be able to experience live music making again. My piece, entitled Winter Sun is literally about coming out of darkness into light, and it is timely despite the inappropriateness of the season.

“My sincere thanks to the RTÉ NSO, conductor Robert Houlihan, for the performance. It is an honour to have my music played and I look forward to future such live events.”

Visit the concert page on the RTE website or visit the live stream at www.rte.ie/culture. 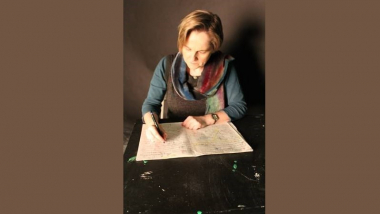 Marian Ingoldsby, staff member in the WIT Department of Arts will have her composition performed by the RTÉ National Symphony Orchestra