Christmas came early for Focus Ireland this year as students from the BA (Hons) in Music organised, promoted and performed in a charity concert held in the College Street Chapel on 30 November 2017. The concert was a major success as it raised €900 in donations from the audience.

Focus Ireland plays a vital role in Waterford as it has provided housing and homeless services for over 15 years. Waterford now have the second largest centre outside of Dublin providing advice and information to people at risk of homelessness, childcare facilities, educational services and aftercare for young people coming out of state and residential care.

This year marks the 30th academic year of the BA (Hons) Music programme at WIT having started in 1987. This Christmas concert is just one of many events throughout the year to celebrate the success of composers, performers, musicologists, and music technologists who began their music journey in WIT.

The concerts programme ranged from the classic Muddy Water’s ‘I just wanna make love to you’ to the choral ‘Ode to Ophelia’, written by WIT composer Marian Ingoldsby in response to the recent storm.

Undergraduate students on the music degree showcased their talent, performing a wide-range programme including traditional and jazz standards, contemporary compositions and some recognisable songs and melodies.  There were also performances from the traditional, guitar and jazz ensembles and the chamber choir.

The concert was also the perfect experience for students considering studying music at third level. Events like these give perspective Music students the chance to see the wide variety of talent and opportunity available to WIT students.

Many thanks to Dr Hazel Farrell, Programme Leader on the BA (Hons) Music, all the staff, students and audience who made the event such a success. 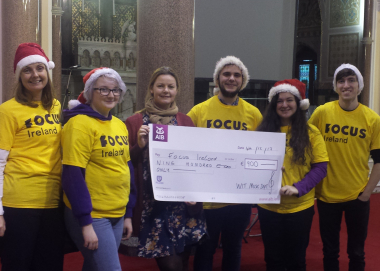