Project was designed to give students insights regarding the relationships between social, cultural , economic and trading aspects of community life.

The winning team had entered a visual project which addressed the establishment of Waterford by the Vikings and examined social, trading and military aspects of the early settlement.

The organisers were John Maher, WIT lecturer in Accounting and Kieran Cronin, Developmental Librarian at WIT, both members of the Centre for Newfoundland and Labrador Studies.

John expressed his appreciation to the schools, teachers and pupils in Waterford city for their cooperation with the project. “This project was designed to give students a sense of their identity in Waterford and to obtain insights regarding the relationships between social, cultural , economic and trading aspects of community life,” he commented.

Dr Thomas O’Toole, Head of Business School, at WIT who presented the €100 book token prizes to each winner commended them on the design of their work, the enthusiasm which it communicated and the commitment they showed in undertaking the project. “Such qualities will serve them well as they proceed through their education and later in their adult lives and careers,” he said.

The awards ceremony was held in the Special Collections room in the Luke Wadding Library and those in attendance heard about the library and the Collections.

They then visited the Newfoundland and Labrador Studies room where they signed the visitors book and to see the collection.

The organisers were pleased to announce the launch of a similar event for 2016. It will be based on the socio economic progress obtained over the last century since the Easter 1916 Proclamation. Details will be circulated to schools in the South East in the coming weeks. Kieran Cronin says it will give students an opportunity to consider how people lived, worked and traded in 1916, to compare that experience with what prevails today and to reflect on the catalysts and the patterns that this comparison reveals. 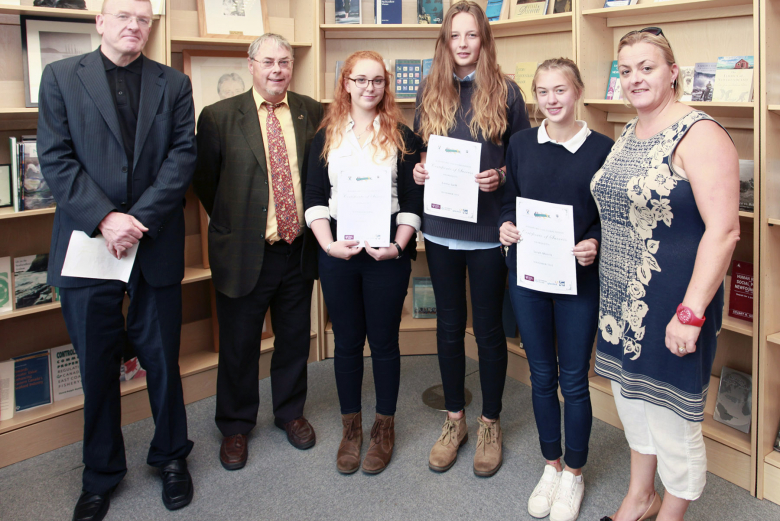 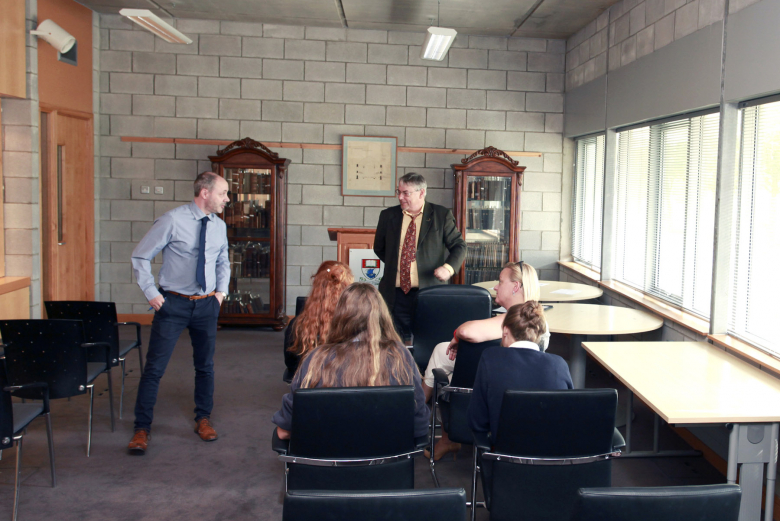 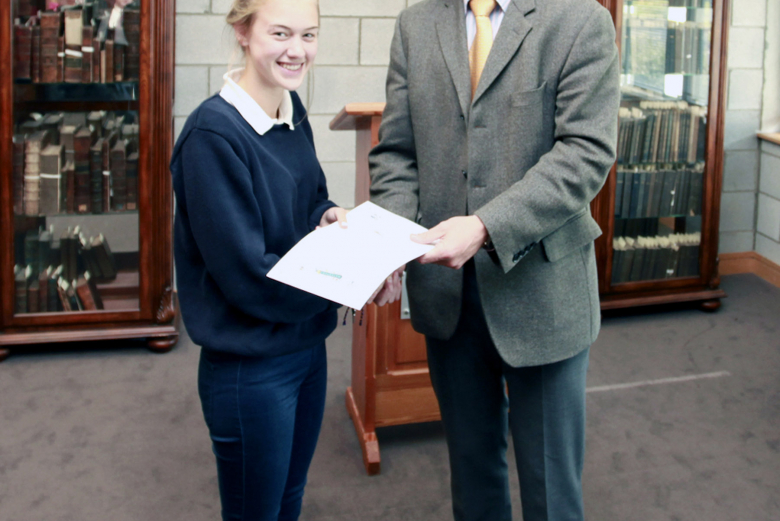 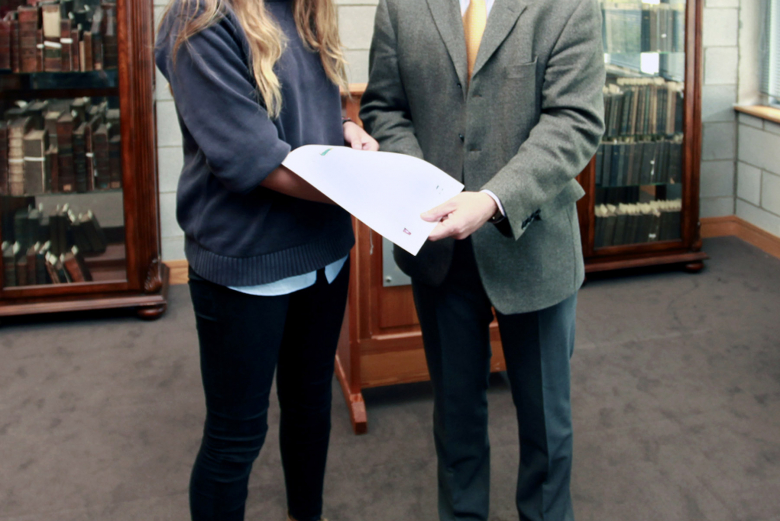 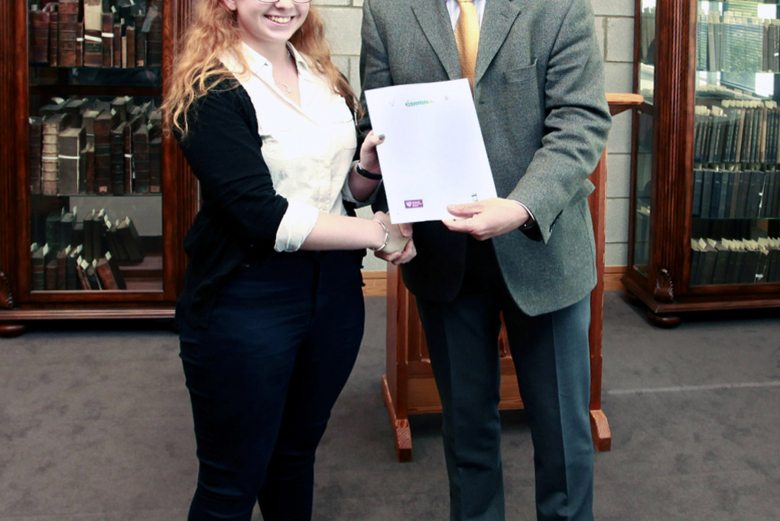 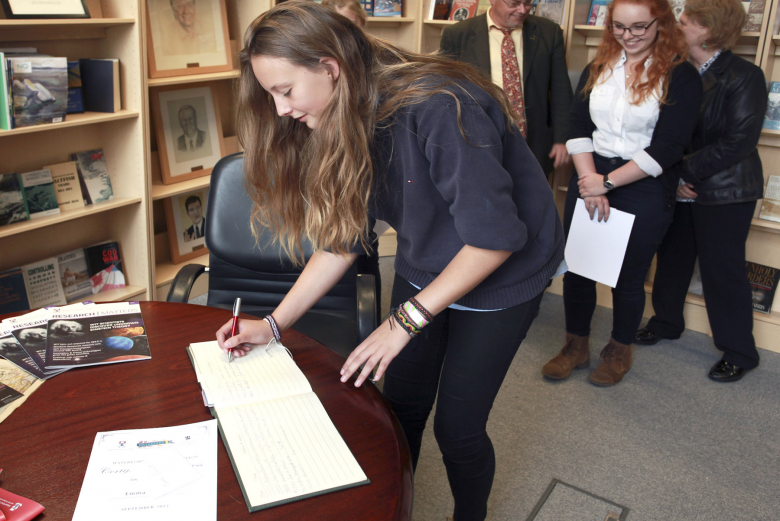 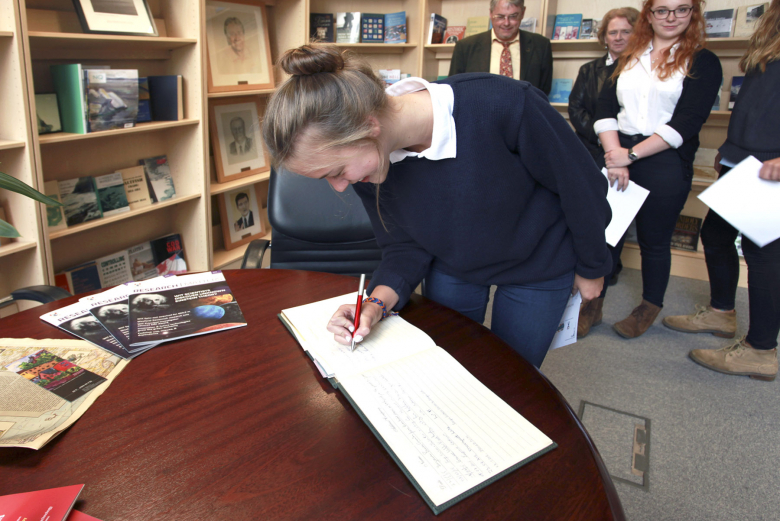 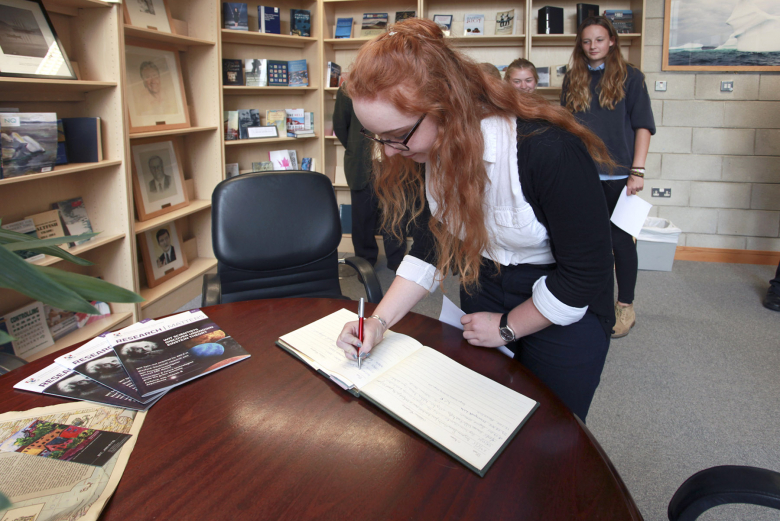 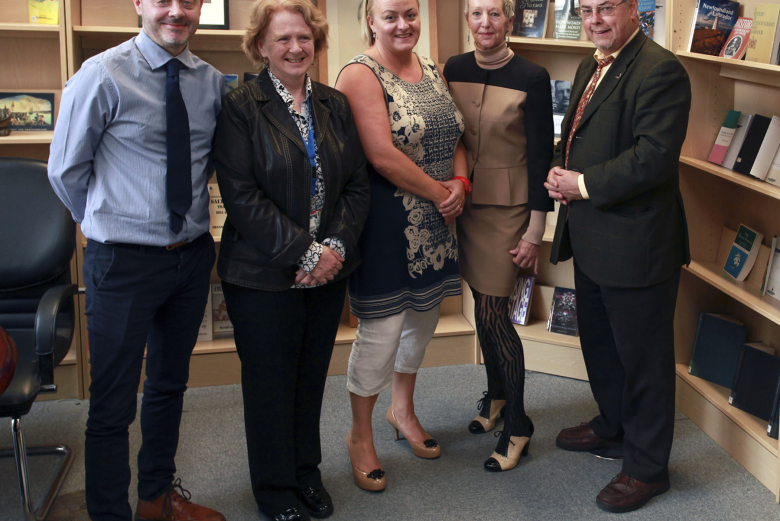 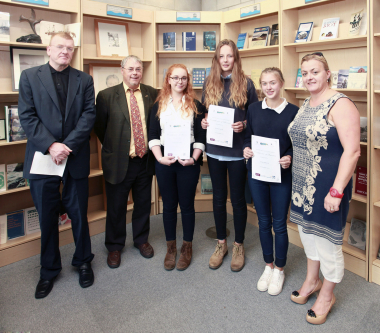