The first Researcher Networking coffee morning of this semester was held on Wednesday the 27 September 2017, in the Gallery on WIT’s main campus. Over 60 staff members gathered at this informal event, availing of the opportunity to meet over coffee, discussing their work and sharing ideas for future collaborations.

Dr Jennifer Brennan provided an update on THEA’s developments in recent months outlining the supports they can offer WIT. THEA is the representative body for the 14 Institutes of Technology in Ireland formally known at the IOTI.

Dr Peter McLoughlin gave his final address as Vice President of Research, Innovation and Graduate Studies before returning to the School of Science & Computing. Opening the event and extending a warm welcome to all who attended, he provided the group with an update on the status of Human Resource Strategy for Researchers (HRS4Rs) at WIT.

He gave a snapshot of some of the EU funding highlights which materialised over the Summer including the Horizon 2020 project, “SpeakNGI”, funded under the Call H2020-ICT-41-2017. This 18-month project is led by Dr Alan Davy and Jim Clarke of the TSSG and WIT were the only Irish co-ordinator with success in this call. Another highlight included an Erasmus+ Knowledge Alliances Project, “SME HPC”, led by Prof Bill O’ Gorman. Applications were competing with 166 other submissions to the Executive Agency in Brussels. WIT received one of only two awards secured in Ireland from the 20 awards made in total.

The next Researcher Networking Coffee Morning will be held in early December 2017. Photos of the September event can be seen below. 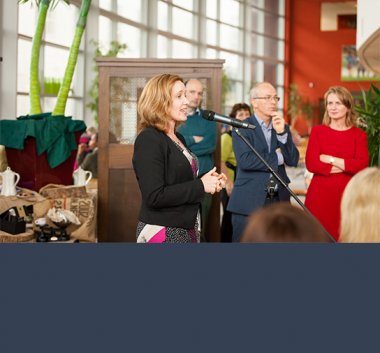