Waterford IT's presence and influence on the outcome of the three camogie All Ireland Final's on Sunday afternoon in GAA headquarters was evident for all to see, writes Robin Croke.

In total there were 20 past and present WIT students on the respective playing panels on the day; 2 on the victorious Carlow team, 4 on the winning Kilkenny intermediate team and a whopping 13 players on the Kilkenny senior panel who bridged a 22 year gap when they defeated a trophy laden laden Cork side (who also featured 1 WIT student on their starting team).

For the record these players are as follows:

In a twist both winning Kilkenny captains are WIT graduates; Aine Fahy (intermediate) and Michelle Quilty (senior) and to cap it all off all three Players of the Match (POM) in the three games are either present day students in the Institute or are graduates of WIT.

WIT's fabulous recent record in 3rd level camogie's Ashbourne Cup competition is reflected in Sundays success as the majority of these players have played a part in a number of WIT's six Ashbourne Cup titles since 2008.

Off the pitch WIT camogie coaches Ann Downey, Conor Phelan and Paddy Mullally played a leading role in the successful Kilkenny management team and the influence of Ann, Conor and Paddy in terms of preparing the Kilkenny team to the highest level throughout the season and priming them for success paid major dividends on Sunday afternoon. 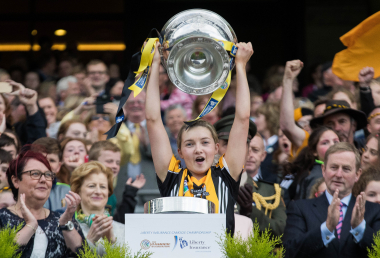