Hooked!, a play written by Gillian Grattan, a student on the Higher Diploma in Arts in Television Production at Waterford Institute of Technology (WIT), will have its Irish premier at Central Arts in Waterford from 21 to 31 January before moving on to the Viking Sheds in Dublin for a three week run from 2 to 21 February 2015.

The play is being directed by the talented Don Wycherley of Bachelors Walk, Father Ted and Scúp fame as well as actress Tina Kellegher from The Snapper and Ballykissangel in the role of Mary.

Also in the cast is IFTA nominee, Seána Kerslake in the role of Lydia, and Steve Blount, who plays Tom, starred in Game of Thrones, Titanic and the highly successful dance/ theatre production Swing.

Attractive young Dubliner, Lydia retreats to a small country village in an attempt to escape from her past and reinvent her future. She moves in next door to Tom and Mary, the typical country neighbours, or are they?

Lydia quickly becomes the object of curiosity not only for Tom and Mary but the community at large.

Tension mounts between the two women, setting in motion a gripping and unexpected chain of events that threatens to expose the secrets and lies bubbling beneath the surface in this small, close-knit rural community.

The play was funded by Waterford City and County Council and we are delighted the play will premier in Waterford.

Information and to attend

The Higher Diploma in Arts in Television Production

The Higher Diploma in Arts in Television Production, developed by WIT and Nemeton Television in partnership with Udarás na Gaeltachta, has been successfully preparing new media talent since 2006.  This year long course is designed to provide students with the essential practical skills in order to work as professionals in the television and digital video industry.

The course will offer each of the participants the opportunity to work in a live production environment and at the end of the course each student will have directed or edited his or her own television programme. These programmes will satisfy the broadcast criteria of both TG4 and RTE. The course will be taught through the Irish language and therefore will also develop the linguistic abilities of students.

More information on the programme: www.wit.ie/wd551 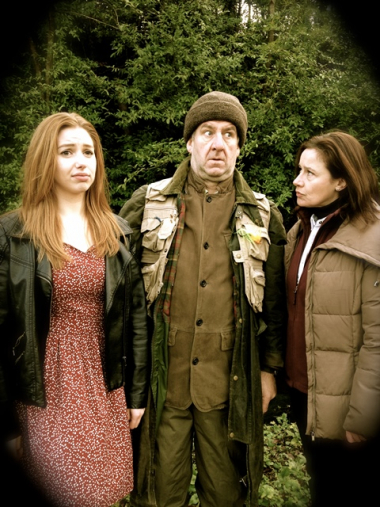