Waterford will play Cork in the All-Ireland Senior Hurling Championship Semi-Final this Sunday, 13 August with throw in at 3:30pm.

The clash between the two Munster teams will take place in Croke Park, which has the capacity to hold 73,500 supporters.

This will be the 65th championship clash between the counties.

Waterford will again line out against Cork in what is a very much anticipated encounter. In total 9 current and former WIT students will be pulling on Déise jerseys representing Waterford against Cork this Sunday.

With the popular and highly regarded Sports Scholarship programme for 60+ students and now the use of the facilities at the WIT Arena which opened in September 2016, WIT is a popular destination for GAA players in the south east at both undergraduate and postgraduate level.

The Waterford players from WIT involved this Sunday include: 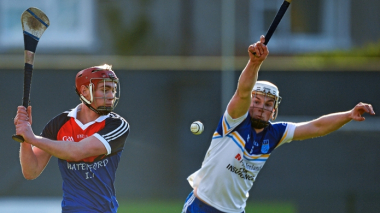