The Camogie All-Stars were presented at the Citywest Hotel in Dublin on 5 November. Nine past and present students from Waterford Institute of Technology (WIT) were awarded with a Camogie All-Star on the night.

Marking the 13 year of the Camogie All-Stars, this year saw numerous past and present students of WIT feature prominently amongst the recipients of the prestigious awards.

In addition, Wexford player and WIT’s very own Kate Kelly picked up her All-Star number 9, a marvellous feat having scored 5-49 this year for her county.

This year was considerably standout as the manager of WIT’s camogie team, Ann Downey, was named as Manager of the Year having led the Kilkenny senior team to the All-Ireland back in September this year. 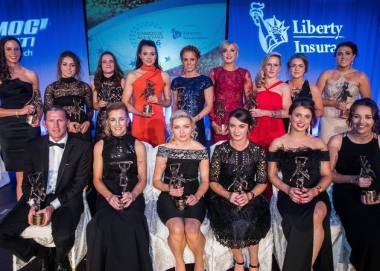