It is the third campaign in a row that the team has been awarded international caps following an amalgamation of representative sides from the Colleges FAI (CFAI) and Irish Universities (IUFU) in 2015. The partnership follows the success of the Colleges and Universities Football League where the players are selected from to represent their country.

Paul who studies Recreational and Sports Management and Darryl who is currently studying Business at Waterford IT were recognised at a ceremony in the Aviva Stadium during the national teams friendly vs New Zealand on Thursday 14 of November.

Paul and Darryl were part of the Irish University Squad that travelled to Bordeaux last May to play the French university squad, and are two of many members of the currently unbeaten WIT Viking's Premier team that will be looking to gain international recognition this season. The boys have won their first five games of this season have ensured qualification for the league and cup quarter-finals that will take place after Christmas. 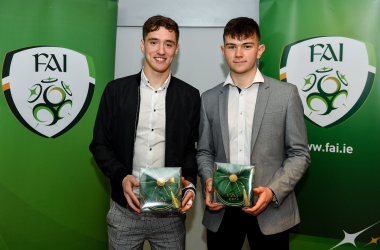