One of the highlights on the Sports and Societies calendar is the annual awards night which is a celebration of the many achievements of the past year. The team at WIT Vikings Sport and Societies ensured that this year’s event went ahead online and that the various student endeavours and achievements from the past year were acknowledged and rewarded.

This year saw WIT Vikings Sport provide competitive and recreational sport for over 1,200 student athletes with over 50 various teams representing the college across a wide variety of sports. The area of societies is ever expanding within WIT and caters for a wide range of varying activities and interests. There are in excess of 30 societies including academic, political, and social as well as special interest societies that provide a diverse and interesting offering for all our students.

Head of WIT Vikings Sport and the WIT Arena John Windle outlined the importance of sport to college life and complimented the winners, “college sport is unique and very important in the life of the institute, whilst the season was cut short it was important for us to recognise the hard-work, dedication and commitment of our student athletes. I’d like to acknowledge and thank all those who represented the college in the past year across the various sports.”

Head of WIT Societies Lizzy Kent acknowledged the role of the students and the societies officers, “Societies play a big part in student life and students play a hugely valuable role across all our societies. This coupled with the support by the team at the Vikings Sport & Societies Office ensure the successful running of a wide and varied range of activities and events. Great credit must be given to all involved in ensuring the many successes and achievements over the past year and in facilitating these virtual awards,” she said.

There was five main awards on offer and five very worthy winners;

WIT Vikings Athletic Club and UPMC Elite Scholarship student Phil Healy breaking the 200m indoor Irish record, which stood for no less than 17 years. Phil broke the record previously held by Ciara Sheehy at the Athlone Grand Prix with a time of 23.10 to kick off 2020 in style. An outstanding achievement from an outstanding athlete. This was a very closely contested award with WIT Vikings GAA Hosting of the UPMC Ashbourne Cup finishing in second place and Holly Widger winning the Surfing Intervarsity’s placing third.

This year’s winner is Masters of Science in Computing student Phil Healy - WIT Vikings Athletics Club, she picks up her third Sports Star of the Year Award in a row. Having broken her foot coming into the summer of 2019, Phil fought back to run at both the World University Games and also the World Athletics Championships in Doha before the end of the summer season. Phil also started 2020 at a blistering pace breaking the Irish 200m indoor record at the AIT Grand Prix and also picking up gold at the Irish Athletics championships. Whilst her Olympic plans are on ice at the minute there is no doubting that there is exciting times ahead for Phil judging by this year’s performances.

A very deserving winner this year was the WIT Vikings Boxing Club. This club has been going from strength to strength over the last number of years coupled with an increase in membership’s year on year. At the Irish University Boxing Championships this year the club came home with no less than 3 Gold Medals (Patrick Graham, David Nolan & Zara Breslin), 2 Silver medals and 2 Bronze medals. Great credit must go to coaches Neil Gough and Martin Murphy who accepted the award on behalf of  the students and who themselves have played an integral role in the successes of the past year.

John Windle further acknowledged the sports winners “I would like to congratulate our very worthy winners, Phil Healy an incredible athlete and a fantastic ambassador for the college. She is deserving winner of her third Sports Star of the Year award whilst also picking up the Sports Moment of the Year. The WIT Boxing Club have been consistently building over the past number of years and it was no surprise to see them excel at this year’s intervarsities. Great credit must also be given to our sports officers, coaches and volunteers without whom none of this would be possible”.

WIT Society of the Year

A very deserving winner this year was The WIT Photography Society who have been a very strong society in the college over the past number of years. This year they held a number of successful events including 'The Classic Car' photoshoot in Tramore, ‘Tricking or Treat’ at Halloween and their Annual Christmas Exhibition. They met weekly facilitating social gatherings as well as informative evenings for their members through their shared interest in photography.

WIT Society Person of the Year

The 2020 WIT Society Person of the Year was 4th year Business student Vicky Kabang, WIT Hip Hop & RnB Society. A very deserving winner this year, Vicky has put in a titanic effort to get the WIT Hip Hop & RnB Society to where it is today. The Society has gone from strength to strength this year with an increase in membership as well as such events as the Flash Dances held on the Cork Road Campus, to weekly training at the WIT Arena. Vicky has been a real leader in ensuring the success and improvement of the society and is a very worthy winner of this year’s award.

“Two very worthy winners who have without question enhanced the college experiences of numerous students. Whilst their hard work and commitment must be acknowledged so to must their talents and skills which they have shared within their societies as well as throughout the WIT Community,” Lizzy Kent concluded. 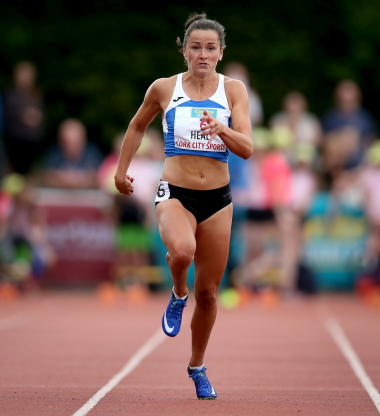