This weekend is a huge weekend in basketball which will see the Maxol WIT Wildcat’s take on Pyrobel Killester for a spot in the final of Basketball’s Hula Hoops National Cup.

The game will take place this Saturday (9 Jan) at the Mardyke Arena in Cork.

According to Wildcats’ American point guard Katie Fox, “Wildcats love winning and we never take it for granted. Winning our sixth game was just as sweet as winning our first.”

“Wildcats are a family and I wouldn’t want to play for any other club”, says Katie who is one of two Victory Scholars who came to Ireland to study in WIT and play with Wildcats under the Sports Changes Life initiative.

Jazmen Boone is the other WIT Victory scholar and, together with Katie, plays on the WIT Wildcats and WIT College teams for the 2015-16 basketball season.  Jazmen is a key player on the team and is currently the top scorer in the whole league.

If the Maxol WIT Wildcats are successful at the weekend, they will play either Team Montenotte Hotel or Meteors BC in the National Basketball Arena in Dublin at the end of January in the final.

Sport Changes Life is a non-profit organisation, with charitable status, founded in 2010 by Gareth Maguire (former international basketball player), Deirdre Brennan (Professor of Physical Education and Sport, University of Ulster) and Mark Marais.  It runs a Victory Scholarship programme for US student athletes who are enabled to pursue post-graduate education in Ireland (taught masters programmes), while continuing to play the sport they excel in, but also working in their host communities on social engagement projects.  This community work is a key pillar to the Sport Changes Life programme. 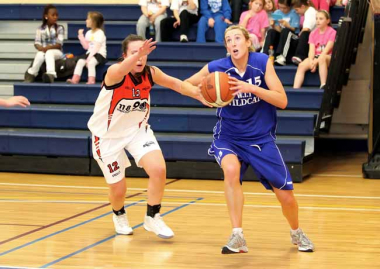