The Youth Choir, which is based in the WIT Music School, is made up of approximately 40 secondary school students from across the South East

The WIT Youth Choir have capped an extraordinary year by being presented with a ‘Gold Award’ at the International Youth Music Festival in Bratislava, Slovakia. The award is the highest band that can be awarded at the festival and requires that a competition performance scores 90% or higher.

The Youth Choir, which is based in the WIT Music School, is made up of approximately 40 secondary students from across the South East. It is widely considered one of the best Youth Choirs in Ireland.

"To hear the talent of the other choirs was hugely enjoyable, but what was better was the feeling of knowing that we were just as good. Being awarded gold felt brilliant, especially to have won it with and for our friends in the choir and Niall and Sinéad. As if going to the picturesque Bratislava hadn't been a big enough reward for our hard work! I am so proud and delighted to have been part of it all."

Earlier in this year the choir were the first Youth Choir to win ‘National Choir of the Year’ at the Navan Choral Festival and on foot of a concert with New Jersey choir the ‘Morris Knolls Chorale’ have been invited to America including a performance at the legendary Carnegie Hall. 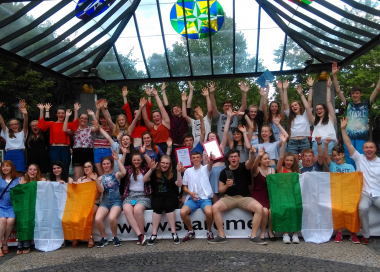